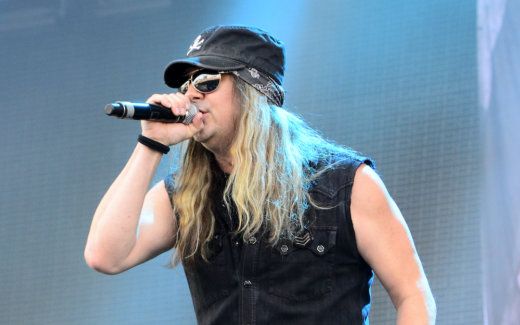 Episode 26 of Season 4 is the high point of the year as far as I am concerned, it aired at 7 pm on 1 July 2021.  E26 marks the halfway mark of the year and the joyous news of our ex-president’s impending incarceration.  It is also the only show so far to clock in at exactly 3 hours (and 15 seconds) and causing the most perfect switch over between me and the going ‘back to the studio’. switchover.  We kicked off with Megadeth and their Rust in Peace classic ‘Hanger 18‘.  It made sense to stay with the trash heavyweights of the world and we followed with Metallica and ‘Creeping Death‘.  Next up The Raven Age off their album Darkness Will Rise and this led to a brief discussion of a slight glimmer of hope for SA as Jacob Zuma goes to jail for 15 months for contempt.  We celebrated with Prison Bound by Social Distortion and some optimism in the form of Bon Jovi’s ‘Keep The Faith‘.

There were plenty of big names, we heard from Van Halen, ACDC, W.A.S.P.,  Scorpions, Iron Maiden, and Judas Priest.  The highlight for me, other than all the Zuma jibes, was Skid Row with a track off  United World Rebellion- Chapter One called  ‘This is Killing Me‘.  It is an incredibly good song made all the more poignant by the sad passing of Johnny Solinger, the vocalist on the track earlier this week.  Largely ignored, these last two Skid Row albums shine, RIP Johnny.  We checked out a band I have just discovered this week, Seven Thorns out of Denmark, and their track ‘Black Fortress‘.  Check out the guitar work about 3 minutes in.  We also got a dose of what would happen if Marilyn Manson replaced Till Lindemann in Rammstein by listening to his vocals on Emigrate’s second album Silent So Long.

New stuff from Buckcherry, SA stuff from The Burning and Prime Circle, Punk from Sham 69 and The Jam, and oldies from Python Lee Jackson with ‘In a Broken Dream‘.  There were lots of dedications to listeners and as I said a huge celebration about Zuma’s impending incarceration.  I let The Boss, Bruce Springsteen, have the final word for Zuma with When You’re Alone.  It may well be the most perfect radio show I have ever done :-).