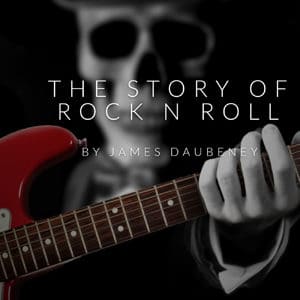 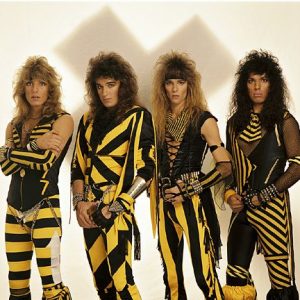 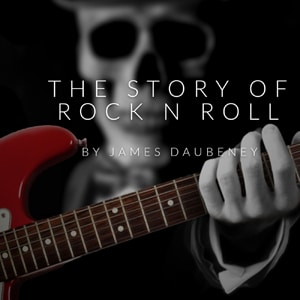 Episode 17 of season 4 was recorded while I was away on a Guitar Weekend in Clarens with Dan Patlansky.  there are quite a few references to Dan and to the band I jam with, the amazing Bunk Girls Motorcycle Club as a result.  There wasn’t a lot of time for getting things to match up and flow so this show is pretty rough and ready.  It does of course have the sort of tracks you would expect from TSORR.

We started with Korn, which is something different, it just had the right energy.   There was quite a bit of ‘80s metal, Tesla, Slaughter, Y&T, Tokyo Blade, and even Stryper, remember them?  To hell With The Devil  was the top-selling Christian Metal album for about 15 years.  We took a listen to the title track.  We had the usual fare, ACDC, Guns ‘n’ Roses, Airbourne, Deep Purple, that sort of thing but we also checked out Anti-Nowhere League, The Wildhearts, and Paradox.  Pantera and Parkway Drive took care of the heavy. 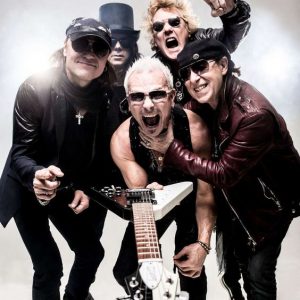 Episode 16 of season 4 started a bit differently as I was testing out the auto DJ function and instead of starting up the theme song for TSORR, it played Whitesnake.  Normality was resumed quickly and we sped through some Black Sabbath and ACDC.  I pointed out that ‘Neon Knights‘ off Sabbath’s Heaven and Hell is the song responsible for the world’s greatest ever collective sigh.

I am still deeply under the spell of the book Nothin’ But a Good Time, the story of 80’s hair metal so we checked out Girl and L.A. Guns.  We took a listen to Bob Dylan’s live version of ‘All Along The Watchtower‘ as promised last week.  The new stuff included more Smith / Kotzen and Greta Van Fleet off their brand new album The Battle at Garden’s Gate.  I am raving about the tracks I have heard off the soon-to-be-released Myles Kennedy album, the track we played, ‘Get Along‘ is superb.

Other than that it was pretty much par for the course, The Burning and L.A. Cobra for South Africa, James Reyne, ACDC, and Jet for Aussie, Kreator and In Flames for metal and The Distillers and Stiff Little Fingers for punk.  A highlight for me was listening to ‘Dreamer Deceiver‘, Judas Priests’ masterpiece off Sad Wings of Destiny, it is a reminder once again of just how good Rob Halford is. 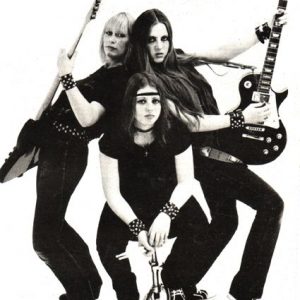 S4E15 aired at 7 pm on 15 April and went without a hitch.  The show kicked off with Rainbow off 1982’s Straight Between the Eyes.  We spent some time in the ’70s with Jimi Hendrix and Pink Floyd before checking out the LA metal scene circa 1980.  Check out the book Nothing But a Good Time by Tom Beaujour and Richard Bienstock for the full story of how all these wonderful bands that gave us so much good music came to be.  We took a listen to Skid Row, W.A.S.P., Tesla, Great White, and Quiet Riot, the band that kicked the door down and was the catalyst for this massive explosion in good times rock and roll.

We got into the South African stuff early with AKing and Johnathan Martin and then we took a short detour into the New Wave world of Joe Jackson’s masterpiece Look Sharp!  The pace picked up with Judas Priest, Circus of Power, Motörhead, Led Zeppelin, and Venom.  The Venom was particularly good, we heard ‘The Death of Rock ‘n’ Roll‘ off their 2015 release From The Very Depths.

The final few tracks featured some amazing acoustic guitar from Lynyrd Skynyrd and ‘The Last Rebel‘ and then a true blue classic protest song called ‘The Great American Novel‘.  It’s an amazing lyric from his 1972 album called Only Visiting This Planet.   I tell you what, if he was pissed off back in ’72 he must be apoplectic by now. 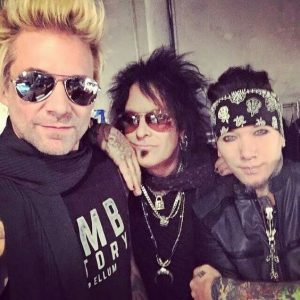 Welcome to Season 4, Episode 14 of The Story of Rock and Roll Radio Show.  The show went live at 19h00 on 8 April 2021.  We started with The Answer and a lame joke and ended with Mind Assault, a ridiculously good SA Metal outfit whose new album The Cult of Conflict is very worthwhile checking out.  In between that we heard some really great blues courtesy of Gary Moore, Dan Patlansky, and Roy Buchanan before switching to a healthy dose of 80’s Metal from Skid Row, Night Ranger and Ratt.  I am currently reading Nothing But a Good Time: The Uncensored History of ’80s Hard Rock by Tom Beaujour & Richard Bienstock so, you can expect plenty more 80’s metal over the next couple of weeks.

We checked out Iron Maiden and Judas Priest, as we always do and there is also some ACDC, Metallica, Thin Lizzy, and Black Sabbath buried in here.  We dumbed down for Bloodhound Gang’s ‘ Ballad of Chasey Lain‘ and  Danko Jones and then slowed down for a while with ‘Plaza‘  by Cold Chisel, Ian Moss demonstrating once again what a brilliant guitarist he is.  We stayed slow for a ballad by LA Guns and then went to SA’s finest in the form of Johnathan Martin with ‘Highway to the Sun‘.  As always it was a jol, hope you enjoy it. 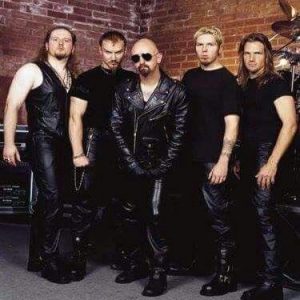 Episode 13 did prove to be unlucky but it all got sorted out.  The show was scheduled to T-off at 7 pm on 1 April 2021 but forces conspired against the gods of rock in a technological April Fools on me.  Due to a scheduled system update, a key part of the software wasn’t there to let TSORR connect to Rebel Rock Radio.  I had to reboot everything and start again.  We got going at about 19h12 so the show has two endings, one to say cheers to actual live listenership and another to say cheers to you, awesome podcast people.

The show itself was very upbeat and very much a party theme going on.  We started with Boston and their track ‘Party‘  off Don’t Look Back, then we had ‘ Party Like Tomorrow is the End of The World‘  probably the only clean Steel Panther track ever recorded.  It’s a long weekend so personally, I was really looking forward to the fact that tomorrow was a holiday and it made the show a lot of fun.  It’s mostly upbeat and pretty punky actually, The new stuff Smith /Kotzen, Ricky Warwick, and Mammoth WVH is all spectacular and especially the Smith Kotzen album is well worth your money, check them out.  There was a nice quiet bit with Roan Ash and a song about his father and fathers in general, many of us are fortunate enough to have or have had fathers like this, tune into the words, it’s a very special song from an amazingly talented songwriter with a golden voice. 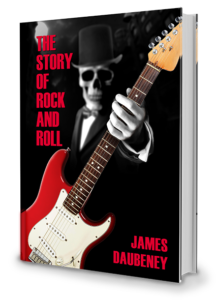 thestoryofrockandroll.com/radio-show-s4e17 Here is the value-added linked to Episode 17 of TSORR Radio Show, its got a great interview with Dan Patlansky as well as stuff like Pantera best and worst albums ranked, Korn best 20 songs, and the 10 best Coheed and Cambria tracks in someones opinion :-). That’s just scratching the surface, listen to the podcast and follow the links … See MoreSee Less

www.rrr.cat It is guitar hero Joe Bonamassa’s 44th birthday today. We wish him all the best on the rerun of TSORR on Rebel Rock Radio at 16h00 this arvie. It was a great show, check it out. … See MoreSee Less

I just found The Story of Rock and Roll on TuneIn Radio, Its a great site, check it out, super easy to use within seconds you are listening to WASP and the rest of last nights show. Please give TSORR some love 🙂 … See MoreSee Less

TSORR Radio Show is a Radio Show based on the music and ideas featured in The Story of Rock and Roll, a book written by James Daubeney. It covers a vast range of Rock, Metal, Punk & Blues. It showcase…

Don’t forget the loudest, most energetic, weekend starting Friday afternoon jol is from 6 to 7 pm on Bulldogs Radio. Check out The Story of Rock and Roll Radio Show with James D
bulldogs-radio.com/ … See MoreSee Less

Here’s fun! Catch The Story of Rock and Roll Radio Show with James Daubeney TONIGHT at 19h00 on Rebel Rock Radio. Lots of catching up to do, it would be lekker to have a big crowd.
Web: www.rrr.cat
OR rrrcat.airtime.pro … See MoreSee Less