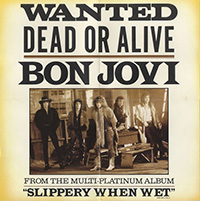 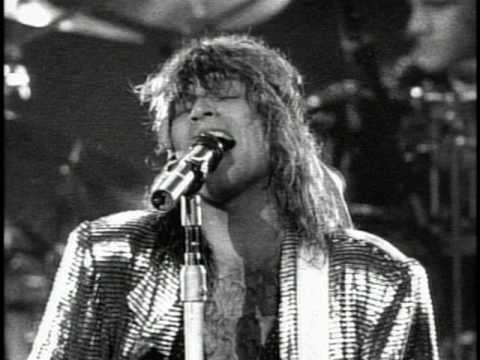 I don’t give Bon Jovi more than a passing mention in The Story of Rock and Roll and it’s not because I didn’t like them, it’s really because they just got so fucking huge that they lost relevance to me.  Once you have dewy eyed twenty year old chicks getting excited about ‘Heavy Metal’ because of Bon Jovi it was time to build a big fucking moat between me and Slippery When Wet.  First time I heard Bon Jovi was when they did ‘Runaway’ and then I got big into their 2nd album 7800 deg Fahrenheit, the track Tokyo Road was proper rock ‘n’roll in 1985.

This was a classic Bon Jovi video, very much like the Journey video I included earlier it showed the other side of being on the road. There are scenes in this video where you can see how, in unguarded moments, these guys are just burning out. It also showcases my love affair with black and white, if they ran this video in colour it just wouldn’t have that same effect at all.