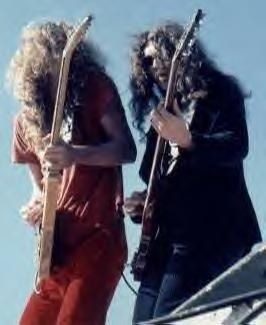 Episode 25 of Season for aired at 7 pm on 24 June 2021.  Kicking off with Airbourne, one of Aussies finest we kept the pace up about 30 min with Deep Purple, Def Leppard, and a few others before going down south with some Lynyrd Skynyrd and Blackberry Smoke.  ‘One Horse Town‘ off The Whippoorwill y Blackberry Smoke is an emotional look at small-town America and a very cool track.   Next, we went as close to prog as we normally go on TSORR with Coheed & Cambia and a live version of Rush’s masterpiece 2112.

Punk was covered by Green Day, the Clash, and Ramones, it was great to hear the Clash’s ‘Somebody Got Murdered ‘ again, it’s been ages since I heard that track off the very bloated Sandinista triple set.  For the heavy, we took in an aural assault courtesy of Pantera, Parkway Drive, and later some Mastodon and Megadeth.  Rory Gallagher and Zakk Wylde took care of the guitar lessons.  As usual, I had 3 times the amount of music that would fit into 3 hours.  The show is almost noticeable more for what we skipped than what we played 🙂

A highlight for me was Papa Roach with between Angels and Insects‘, that lyric is something else, I didn’t realise how good it is and that folks, is the beauty of the show, you get your attention drawn to the little things that are massive.  Another highlight was Queen off Live Killers, it is another of these “Never Forget” moments, Queen in their day were the best band in the world.  Anyway, check it out, if you want to get in contact check out The Story of Rock and Roll Facebook page, until next week Adios Ameoba’s