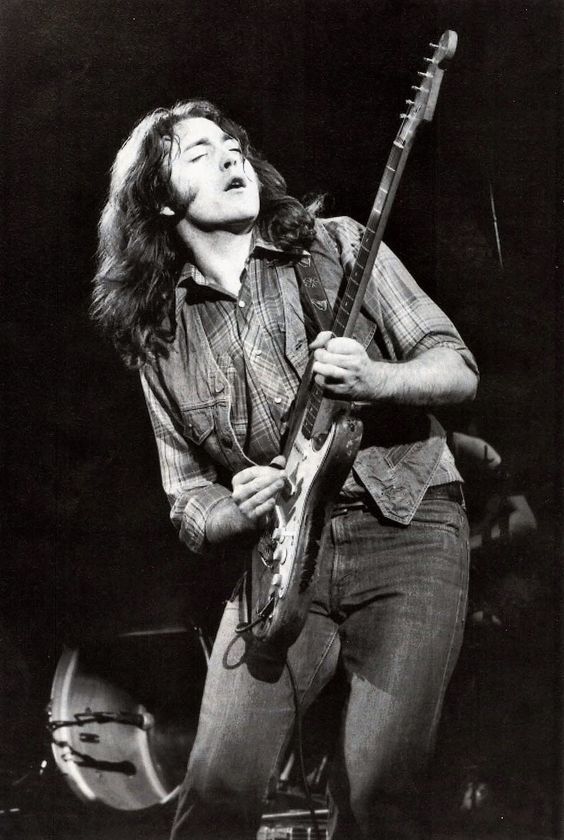 Play Video
Rory Gallagher has long departed but his legacy lives on. The world sadly lost this genius at the age of 47 back in 1995. Rory didn’t have the exposure that Hendrix, Clapton or Page had and for a very long time he was little known to all but guitarists or those who had seen him on his relentless tours through pubs and bars
Born and raised in Ireland he never got the international exposure that the US or British guitarists experienced. Once you have heard Rory he can’t be ignored. In truth the reason Rory wasn’t as commercially popular as some of his peers was that he didn’t want to be. Rory was pure, it was about being a musician, it was all that mattered to him. There is a fantastic interview with Brian May where he explains just how big an influence Rory was on him and what a gentleman Rory was. It’s attached here so give it a listen if you want to get a feel for how people saw him. According to Brian he used to watch everything Rory did, taking in the sound and the way Rory played. He got his own sound from talking to Rory and getting a Vox 30 and a treble booster.
Unlike some of the meandering, dare I say boring, solo’s that Page, Clapton, Hendrix and even Gilmour sometimes played live, Rory is always going somewhere with his solo’s. He always kept it interesting, bringing the music up, bringing it down and then building it up again. Much like Gary Moore, where Gary’s father famously declared that what he liked about Gary was that he didn’t need gimmicks, neither did Rory. He let the guitar do the talking and his natural charisma with the audience was enough. Gerry McAvoy, long standing bassist who appears of almost all the really good live performances which can now be found on YouTube, was such an integral part of this power trio. The way they fed off each other and the sheer chemistry between them which emanated from the joy of playing is self evident when you watch them on stage. Rory is probably more responsible for air guitar than any other player, watch the crowd in ‘Bullfrog Blues’ when he gets in amongst them, its like a religious experience for these guys with Rory as their saviour
I could go on forever about Rory Gallagher, I wish he were alive today to enjoy the resurgence in the type of music he played. Joe Bonamassa never fails to cite Rory as one of his major influences and I think Rory would be bigger today than he ever. There is a short bit in my book The Story of Rock and Roll about Rory and what Jimi Hendrix was alleged to have said about him that pretty much sums it all up. Check out Rory Gallagher and go back as far as you can, thanks to his brother Donal’s efforts his legacy is intact and there is some really good quality stuff as well as a life size bronze statue of him in the centre of Ballyshannon where he was born. Getting a picture standing next to that is on my bucket list