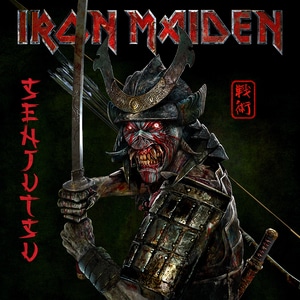 Episode 29 of season 4 aired at 7 pm on Thursday 22 July 2021.  It was a difficult show to be honest, as you may well know there is a lot of trouble specific to South Africa at the moment, and like everyone, we are battling Covid.  This insidious virus claimed the life of Leon Economides on Monday this week.  Leon was a mentor to all of us on Rebel Rock Radio, it was Leon who got me on to Mix 93.8 FM and you can say that without Leon you may not be listening to this podcast.  Leon was respected throughout the world for his knowledge and passion for the music we love.  He genuinely was a walking rock encyclopedia and I say a few words about him during this episode.

The airwaves were very quiet for the first 90 min of the show which always makes it hard to choose the music.  It felt a bit disjointed at the time but the end result is fine I believe, you can be the judge.  Kicking off with some lesser-known bands like Resurrection Kings and Devils Train, we moved through the usual ACDC, Motörhead, Kiss, Whitesnake type fare interspersed with heavy stuff like Pantera, Slayer, and Five Finger Death Punch.  The new stuff came from KK’s Priest and Iron Maiden and a band of youngsters called AMH.  AMH stands for Adam and the Metal Hawks which is what the album is called.  This is going to confuse the shit out of everyone, people are not going to know what to call them.  But the music is great.  I buffered it with Greta Van Fleet and a band of youngsters out of the UK called Equator, all three bands showing that rock music is in good hands and very, very far from dead.

I said a few words about Leon and paid tribute to his contribution to my development, the formation of Rebel Rock Radio and the amount of effort he put into pumping SA music.  He was one of a kind and he will be missed.  The highlight of the show for me was playing a band called Sun Fish who were around in Cape Town in the late ‘ 90s early ’00s and put out a cracker of a track called ‘Dawn of Clay‘.  Other SA music came from Jasper Dan and Van Coke Kartel.  I let Black Label Society sum it all up with a track called ‘Sick of it All’.