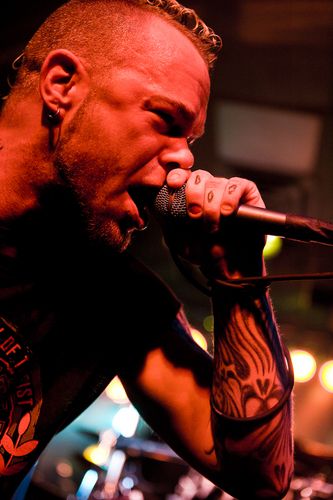 Hailing from Las Vegas , Nevada Five Finger Death Punch formed in 2005.  Their rise to the upper echelons of Metal have been incredibly rapid.  I first heard them back in 2007 when they released  their debut album The Way of the Fist.  It was a seriously great album and  shifted 500 000 copies which, for an unheard of band, is pretty exceptional.  Album number two, War Is The Answer, went platinum and they were up and running.  By 2011 and the release of the third album American Capitalist they were well established and pretty much regulars near the top of the line-up for all the big US and European Festivals. 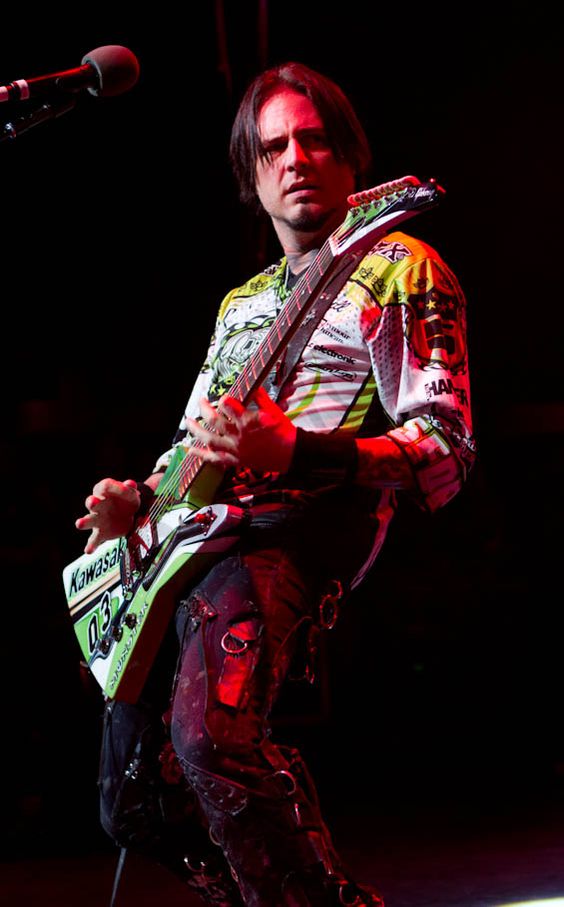 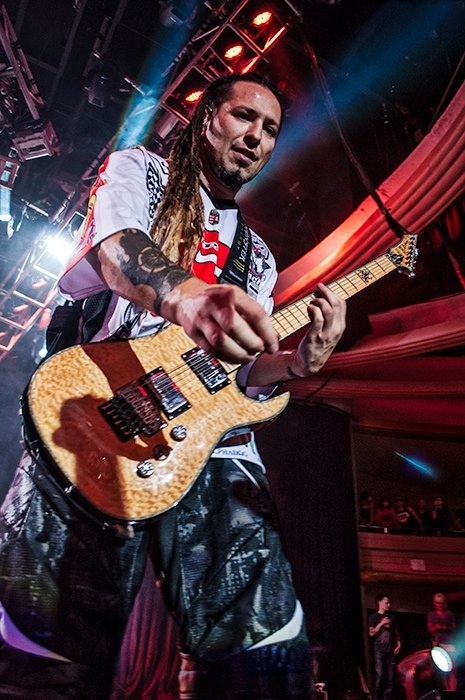 Of late Five Finger Death Punch have kind of let themselves down and lost a bit of momentum scoring a few own goals.  The erratic behaviour of vocalist Ivan Moody and his battles with substance abuse have led to a lot of uncertainty about the future of the band.  There were a number of on stage incidents and problems with getting Ivan on stage in time  which culminated famously in him announcing that this was his last gig in FFDP and that he was done.  The tour continued until Ivan checked into a rehab centre.  The release of And Justice For None in 2018 point to everything going well in the FFDP camp and in interviews I have read lately the band appear to be tight and together.  It would be remiss of me not to point out that Zoltan Bathory and Jason Hook are two exceptionally fine guitarists.  Zoltan in particular is great in interviews and comes across as an incredibly driven, disciplined and level headed guy, so the polar opposite of his vocalist really 🙂

FFDP have gained a lot of popularity in the USA due to their support of US troops in Iraq.  In 2010 they played a number of gigs to US troops in Iraq and the video’s and song subject matter reflect these experiences.  The title of the fifth album Got Your Six is also a military reference.  A few of the clips here reflect those visits to Iraq and their support for US war vets.  Jeremy Spencer, a founding member and who had to quit the band in 2018 due to medical complications after back surgery and the amount of wear and tear he was taking described the band as  “kind of like stepping on a garden rake while looking at a supermodel” take a listen it is a good description m/ . 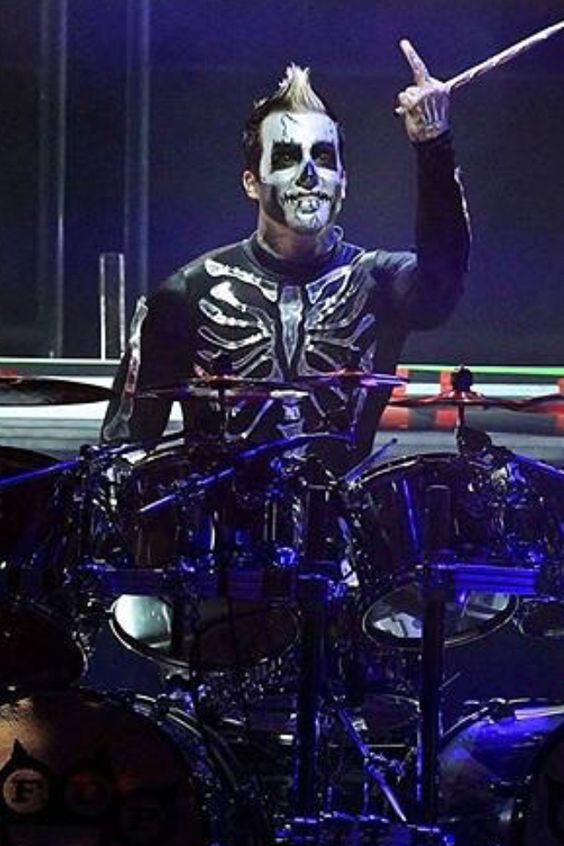