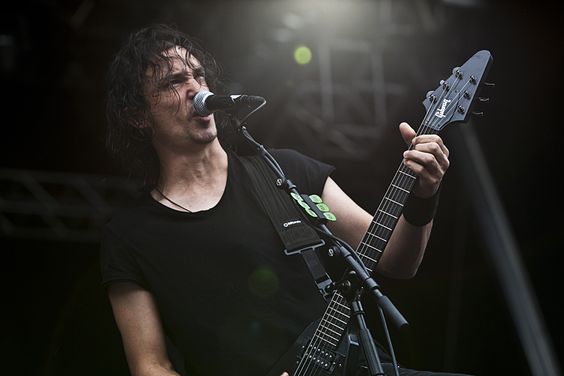 Episode 18 of Season 4 happened at 19h00 on 7 May 2021, it is hard to believe it is May already, the year is flying by.  It was a smooth running rock ‘n’ rolling bit of perfection, starting with W.A.S.P’s ‘I’m Alive‘ off Inside The Electric Circus.  Other heavyweights we listened to were ACDC with ‘Sin City‘, one of their best with Bon Scott at his finest, Metallica, Pink Floyd, Motörhead, and Iron Maiden.

The highlight of the show for me was Dan Patlansky with ‘ My Dear Boy‘ off his most recent album Perfection Kills.   I pointed out that Dan is not only one of the best blues guitarists in the world, an incredible teacher and all-round decent human being but also has the best guitar tone around.  The track demonstrated that as did the next song ‘Couldn’t Stand the Weather ‘ by Stevie Ray Vaughan.

Punk was covered by the Sex Pistols and the UK Subs and the new stuff came from Thunder, Alice Cooper, and Greta Van Fleet.  The Thunder album was released this week and is called All The Right Noises, it is very strong.  Other notable mentions were the Gojira track called ‘Born For One Thing‘ off Fortitude.  It is a monster of an album, the drumming is amazing, its going to be Best Metal Album of the year in all the Metal publications I reckon.  More form that next week.