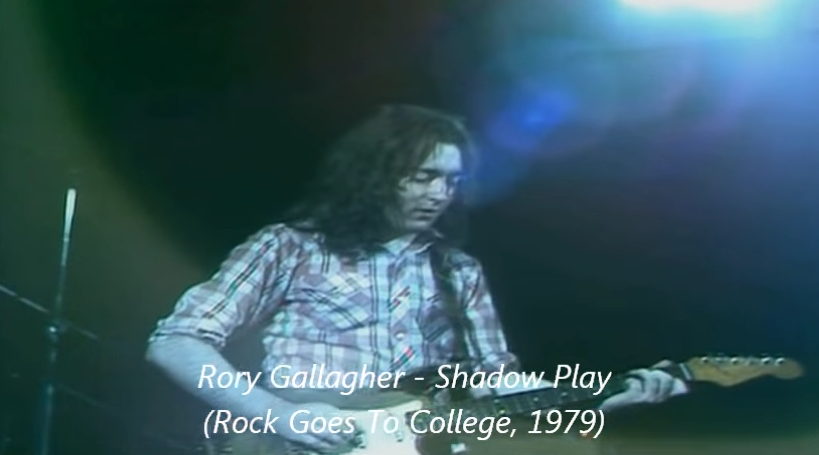 Rory Gallagher is one of my favourite guitarists ever. There was just something about him and it shines through clearly on this fantastic clip from Rock Goes to College 1979. If you just look at the passion that he has when he plays you can understand why how the story often told about Jimi Hendrix came into rock folklore. Apparently Jimi was asked by a journalist how it felt to be the greatest guitarist in the world and he replied ‘’Ask Rory Gallagher’’. Whether it’s true or not doesn’t really matter, the point is that you could imagine it to be true when you watch Rory play.

So why is this the best Rory video ever? Firstly it is unusually good quality but more than that he is really rocking out and it just captures the absolute joy he had in playing. When Rory plays you just see that he is one with the guitar, playing it is as easy to him as talking is to me. At 1.57 when he starts the first solo you just see how advanced he was for the times and then at 2.27 he starts hitting this most amazing bit of bending combined with a harmonic that he just loops to maximum effect. When you watch the end you see how tight he is with the band and how they just all fit in perfectly with whatever he is doing. RIP Rory you are a legend.