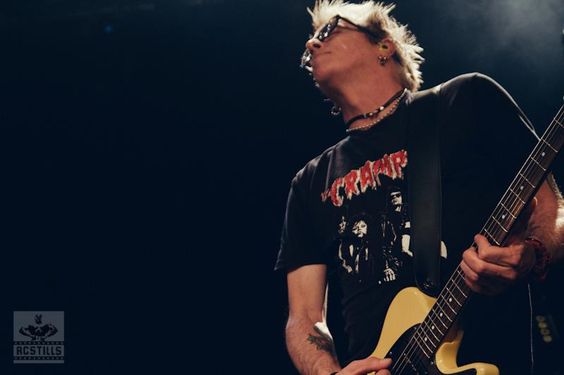 Episode 34 of Season 5 kicked off on 25 August 2022 at 7 pm on Rebel Rock Radio.  ACDC got us out the blocks with a track off Powerage called ‘Gone Shooting, We stayed in that style of rock and checked out The LA Maybe, a band out of the Carolinas, and an awesome track called ‘Sucker Punch‘.  In recognition of the fact that the world is pretty fucked at the moment we took a listen to ex-Hanoi Rocks and glam icon Michael Monroe with a track called ‘Junk Planet’.  Then we got heavy with Burn The Priest, the band that were Lamb of God before they became Lamb of God and a Melvins cover called ‘Honey Bucket‘.  Then we followed on from last week with another track off Bring Me The Horizon’s incredibly good album Sempiternal.  One of the highlights of this show was an awesome track by SA band Fear of Falling, this was a new single they released called ‘All My Time’.  SA music is world-class, always has been always will be.

We took in some Metallica off Kill ‘Em All and then changed the tone with The Offspring and a track called ‘Self Esteem‘.  Noodles on guitar got some love for his guitar sound.  Ibanez and Pitbull Amps are apparently the secrets.  25 August is famous for being the birthday of two of the greatest rock stars the world has ever known, two guys who had a huge influence on me personally as a kid discovering this awesome music.  I am talking about Gene Simmons and Rob Halford, to celebrate their birthdays, 73 and 71 respectively we took a listen to Gene with ‘God of Thunder‘ off kiss Alive II and Rob with ‘Victim of Changes‘ off Unleashed in the East.  Those two albums got played to death when I was growing up and I used Kid Rocks’ anthemic ‘Still Something‘ off his latest album Bad Reputation to hammer home the point that in the 70s and 80s music rock music was special.

From there it was Tom Petty followed by Bruce Springsteen with a lovely sentiment in his track “Further On (Up The Road) off The Rising.  God remember that hey?, 9-11, seems like a lifetime ago and it took the Boss to put it all in perspective as only he can. The show went heavy again with a new band called The Halo Effect, made up of ex-members of In Flames and Mikael Stanne from Dark Tranquility, it’s well worth a listen, the album is called Days of the Lost.  There was no way we were going anywhere without taking another track off the stupendous new Arch Enemy album, Deceivers, the track we heard was ‘Spreading Black Wings’, from there is was My Chemical Romance and Oasis time and a bit of Billy idol thrown in for good measure.

The end of the show was a bit self-indulgent and took us back to some good jols in Cape Town, the scene was set with Kobus!, The Uninvited with ‘The Poultry Christ’ and Fokofpolisiekar with some Neil Young thrown in.   Kobus! with ‘Die Volk Van Main‘ is a very special song, Theo Crous and Francois Blom got it right here.  The only huge disappointment with all this was that after Neil Young I explained how we used to use Tom Waits to clear the Whammy Bar in Cape Town and then I said cheers and goodnight and I assume that I didn’t hit the mic button so we have a 60 min silence and no Cheerio until Tom Waits takes us out with ‘Mr Siegal.  Sorry about that.