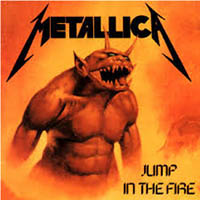 Jump In The Fire 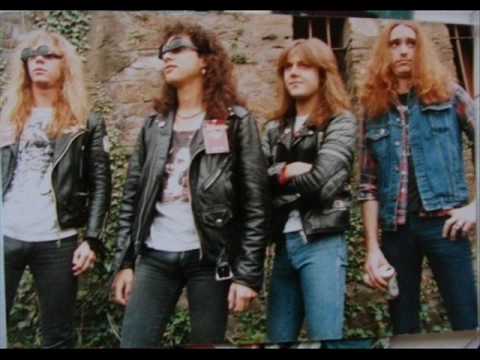 I discuss the first time I heard Metallica in some detail in The Story of Rock and Roll.  The fact of the matter is that Metallica was exactly what I needed to find in the early to mid 80’s when Bon Jovi were riding high with Slippery When Wet and the biggest smash of the year was Europe’s The Final Countdown.  In the mid 80’s everybody was a metal head for a brief period and to those of us who grew up on this shit it was a bit annoying.  It really needed a shake-up and no-one shook it up better than Metallica, Exodus, Anthrax, Megadeth and Slayer.

This is an awful clip, bordering on unwatchable but it’s here for two reasons, firstly it is one of the few clips where Metallica still had Dave Mustaine in the band and secondly at the time I discovered them they were so fast, so raw and so heavy that there wasn’t any real commercial footage to back up what they were doing. even after they started to become very popular with master of puppets they still wouldn’t make a video. At that point in time Metallica would do anything not to be considered commercial, funny how things work out given that they ended up probably the most commercial band in Metal.

JAMES DAUBENEY
That other clip is so bad I had to put in sometime else as well. Metallica did a great version of Thin Lizzy’s ‘Whisky in the Jar’ and I always loved this video, real rock ‘n’ roll given up giving a fuck stuff.