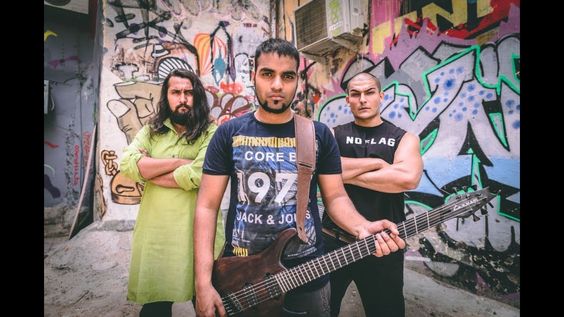 Episode 14 of season 5 went out live on Rebel Rock Radio at 19h00 on 7 April 2022.  For the first time we clocked in with 39 tracks.  The show was light on ‘70’s classic rock, blues and SA content for some reason.   There just seemed not to be enough time.  Things just work out that way sometimes, very little of TSORR is planned.

The show did showcase a track called ‘South‘ off the new EP Vocabular Vacation from Deangersmith.  It made sense to feature his work in Odyssey while we were at it.  We also took in a bit of Agro and a new band out of Manchester called Heavy Sentence.  These guys are flying the flag for what may well become the NWOBHM II.  Lets hope.

The variation you have come to expect on the show was in evidence:  UK punk from Anti-Nowhere League, The Stranglers and The Jam, heavy stuff from Arch Enemy, Slayer, Megadeth, Metallica, and In Flames.  Southern Rock from Kid Rock and Black Stone Cherry, and then lesser-known metal from Tygers of Pan Tang, and Tokyo Blade.  There’s plenty to get your teeth into, softer ballads from Lita Ford and The Pretty Reckless and then once again some rap / metal in a track called ‘Gaddaar‘ by a band from India called Bloodywood.