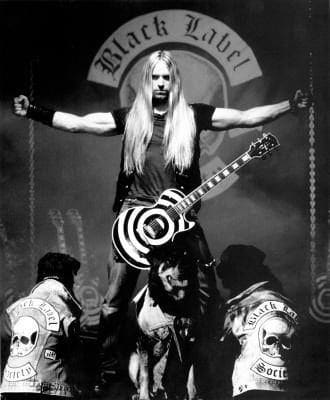 So that, as they say, is a wrap.  2021 in its P.  Season 4 ended with episode 52 and it aired live on 30 Dec 2021 on Rebel Rock Radio.  It was a wonderful show featuring music released in 2021.   I ran out of time and should definitely have done a 4-hour show.  My biggest disappointment was not having enough time to play the title track from Deangersmith‘s amazing album Lead Us To Your Taker (Disable the Corrupt)  or what I consider to be the best SA release this year, a gem by metal outfit Sunken State called Solace in Solitude.  So with those apologies out the way and a commitment to fixing that in 2022 let’s have a quick summing up.

The show kicked off fittingly with Tom Morello (feat Bring Me The Horizon) and a track called ‘Let’s Get this Party Started‘.  From there we continued with Alice Cooper’s ‘Hanging By a Thread‘ off Detroit Stories and wound our way through US and UK releases to our first SA release, Albert Frost’s title track ‘Sacred Sound‘.  Other SA talent featured included Dan Patlansky with ‘Hounds Loose‘, Roland Suttie with ‘Messages in My Head‘, and a stunning track from a band called Imagine&Nation out of Cape Town.  The song was called ‘Rivers and Dreams‘ off an EP called Never Be Quiet.  I am hoping for more material from these guys in 2022.  They definitely got an additional sale on iTunes last night and well deserved too.  We checked out Nibs Van Der Spuy and Guy Buttery off Live in Lisbon.  Exodus put out the best seriously heavy album in my view, we took a listen to ‘Elitist‘.  Gary Holt has done amazing work on this album.

The last hour was a rush to get to the 6 tracks that really rounded out 2021 as a fantastic year in music.  My favourite SA song was ‘Beautiful Evolution‘ by Springbok Nude Girls and my best overall song was ‘My Love Remains‘ by Ayron Jones.  It’s reminiscent of ‘Purple Rain‘ and it’s loaded with emotion and has an awesome solo and just hits the spot.  Comments on the Whatsapp line pretty much confirmed this song as being exceptionally good.  The L.A. Maybe, Smith / Kotzen, and Neil Young were in my top 5 and I gave 2nd favourite to Volbeat and played ‘Wait A Minute My Girl‘ before closing off with my personal album of 2021, Doom Crew Inc from Black Label Society.  ‘Farewell Ballad‘ off this seriously good album closed a great year in music and marked the conclusion of Season 4 of The Story of Rock and Roll Radio Show.  Thanks for all the support and I hope to see you for Season 5.