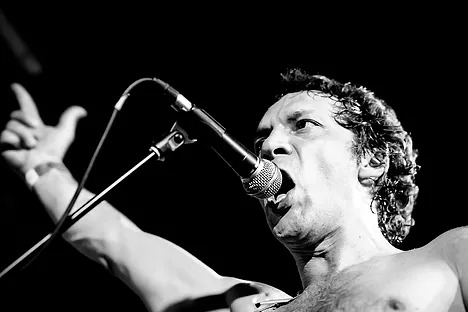 This has been quite a palaver to get this episode out, after two days of wifi problems I finally managed to get it out so apologies for that.  Episode 38 of season 4 aired on 23 Sept 2021 at 19h00 on rebel Rock Radio.  It was quite different due to the unusual amount of South African music from unsigned acts.  We kicked off with The Clash by accident when Thin Lizzy ‘Suicide‘ didn’t load and I had to act fast with ‘Clash City Rockers‘.  From there on it was an hour of classic rock with Motörhead, Ozzy, Van Halen, Bowie, AX7 and Rammstein.

I spent a bit of time discussing how Dan Patlansky is not only one of the most talented guitarists on the planet but has also contributed to SA music more than most through his guitar clinics which have inspired many amateurs to get stuck in and start getting their music out there.  Two such artists, Roan Ash and Roland Suttie are examples of this and were featured next.  We also took a listen to Dean Smith and his track ‘Freedom Fighter‘ under the Deanangersmith monicker.  Dean is a SA Metal legend having been a mainstay of bands such as Odyssey, Ragnärok, Brothering, and Mouthful of Flies, he is absolutely prolific and deserves more recognition.  He also doesn’t give a fuck what you think and that is what makes him so endearing 🙂

We checked out another track from Mark Biagio and The Fismits and then got stuck into the brand new Stranglers album called Dark Matters.  I was extremely complimentary and made it clear once again just how much I love The Stranglers.  We did a bit of anger management with Fokofpolisiekar ‘Angs Aanval’ and Hatebreed with Black Flags ‘Thirsty and Miserable.  All in all, it was one of my most enjoyable shows.  Hope you dig it.