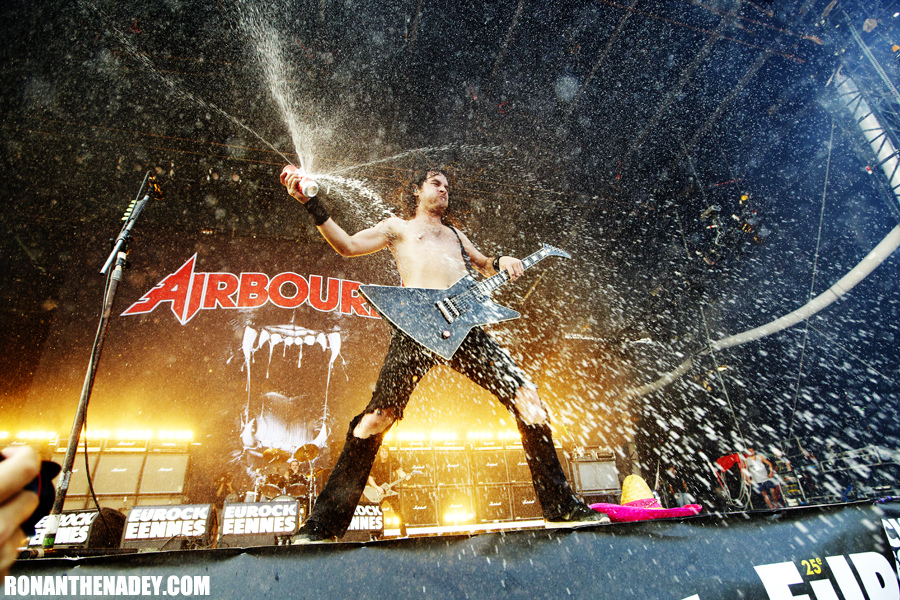 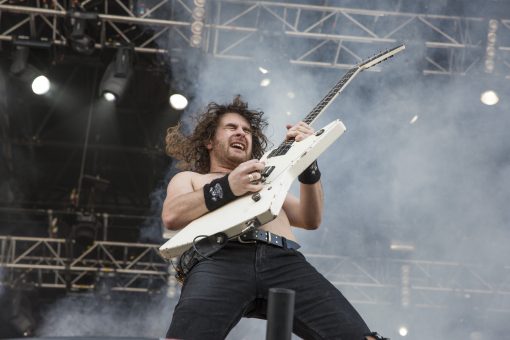 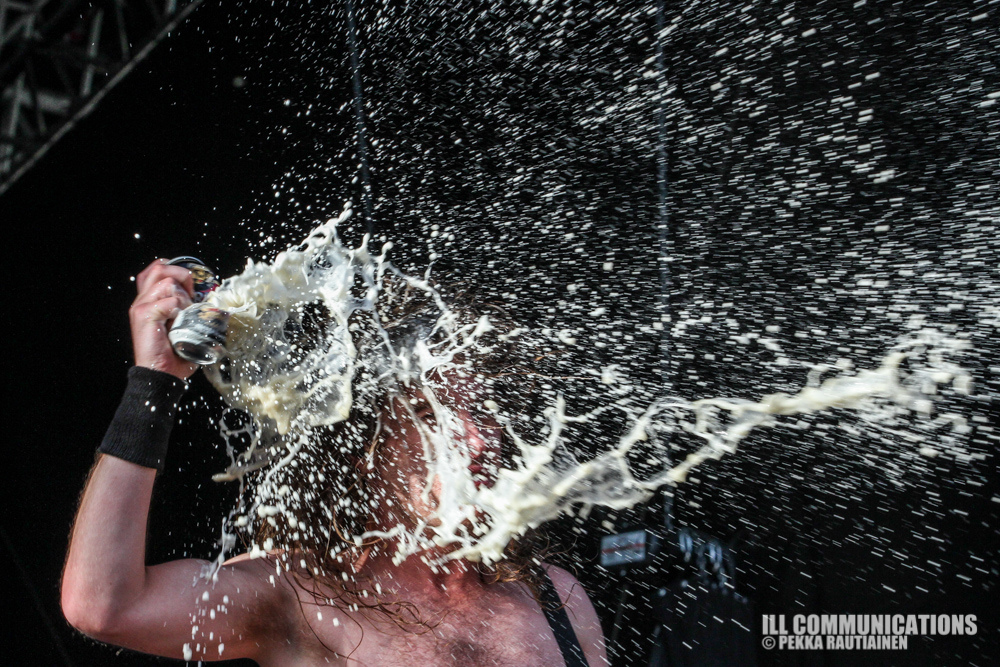 Here’s another blog based on promises made on The Story Of Rock and Roll Radio Show. I am amazed how few people know about Airbourne. They are clearly and obviously an ACDC clone so lets get that out the way. As I said on air on the show, I am cool with that. If you love ACDC you know they are unique and that no-one can replace them. If you dig that kind of music then you should be grateful that we have bands like Airbourne to fly the high volume, booze soaked, bad boy boogie flag.

Vocalist Joel O’Keefe is quite a character in his own right, becoming famous for smashing beer tins open with his head. It’s a great party trick I am not sure if it’s a reflection of how tough his head is or how feeble Aussie beer cans are but it looks pretty cool. One thing needs to be said about the whole ”they sound like ACDC” thing, Aussie has a rich tradition of bands like this and as much as Airbourne sound like ACDC they also sound like The Angels and Rose Tattoo. So you could say that Airbourne just sound Australian and that that sound is an amazing thing.

They formed in 2003 and got their first album out in 2010 so they haven’t been around long in the big scheme of things. I reckon Airbourne will be a big success for two reasons, firstly they are playing a brand of Rock n’ Roll that is timeless and secondly they are touring relentlessly and are a great live act constantly on the road. They have mastered the tried and tested formula for success:, tour, album, repeat. Its also another one of those bands that has brothers in it, Joel O’Keefe on Guitar & vocals and little brother Ryan on drums. Sometimes it doesn’t work and brothers do end up hating each other and fighting, example Ray and Dave Davies, Liam and Noel Gallagher. More often though, it makes the band more solid because blood is thicker than water, look at Angus and Malcolm Young, Eddie and Alex Van Halen, Darryl and Vinnie Abbot. Airbourne will go onward and upward, Airbourne were Airborne pretty much out of the blocks and I don’t see them coming down for a long time.