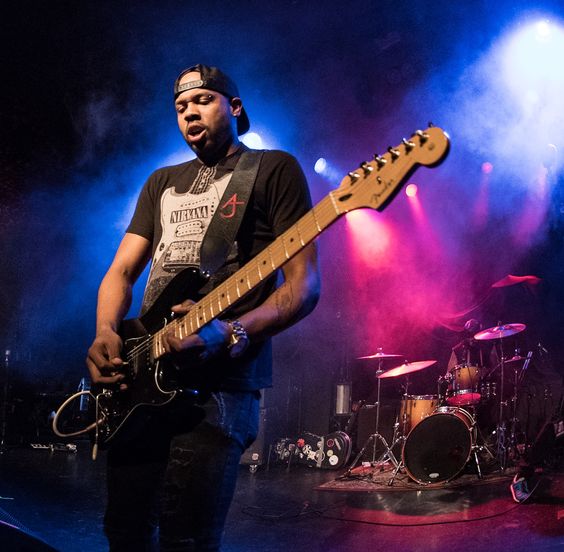 Episode 35 of Season 4 went out live at 7 pm on 2 September 2021.  The show featured a number of albums released in 2021 including one by a guy called Ayron Jones.  I am quite blown away by this album titled Child of the State.  He has a voice that reminds me of Prince in places, with shades of Terrence Trent D’Arby and Gary Clarke Jr.  He also plays a mean guitar, his track ‘My Love Remains‘ should raise some goosebumps.  Mason Hill’s album Against the Wall  is another new one I am enjoying. We took a listen to ‘Broken Son‘.

I am also going through a Samantha Fish phase so we heard from her and rounded out the blues with some Jonny Lang.  The heavy lifting was handled by Onslaught, Bullet For My Vallentine and, Sunken State.  The latest Rob Zombie was pretty cool and so was a track off Serj Tankian’s latest EP called Elasticity, we took a listen to a track called ‘Your Mom‘ which is proudly flying the System of a Down flag.  I had a little rant about the state of the government and the local municipality, as we have been without water for 24 hours, it felt appropriate to take a track off Give ‘Em Enough Rope‘ by The Clash and ‘Fire & Gasoline‘ by Steve Jones.  The music and lyrics punctuated a number of disparaging remarks about the state of things in general.  They were unplanned but heartfelt.

The South African stuff came from Valiant Swart, The Burning, The Uninvited, and Sunken State as well as newcomers Image & Nation who have released an excellent EP titled  Never Be Quiet which could be a mantra for TSORR.