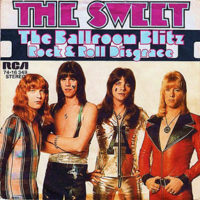 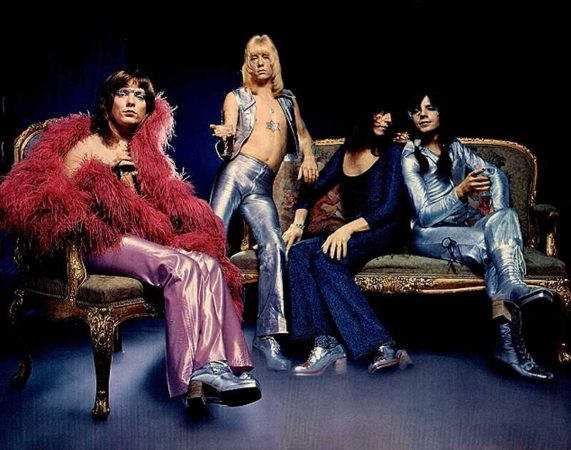 We used to listen to ‘Ballroom Blitz’, ‘Little Willy’ and ‘Wig Wam Bam’ when we kids on the MFP Sprinbok hits compilation albums.  These albums were made by SA session musicians and our folks used to buy them and play them at parties when we were kids.  Although the songs were well played they were mixed in with all the hits of the day by bands like ABBA *vomit*.  I only heard The Sweet when I got to high school and the real stuff was nothing like the shit served up on Springbok Hits.

The Sweet were a seriously good band, they looked fucking ridiculous but they could really play and albums like Strung Up and Desolation Boulevard were as far away from bubblegum Pop as Michael Jsackson is from Slayer. Once again the arrangements made these albums, they had it all although many people wouldn’t give them the credit they deserve for some serious rock and roll. If you got over the Top of the Pops stuff and listened to the albums at high volume they were a revelation.