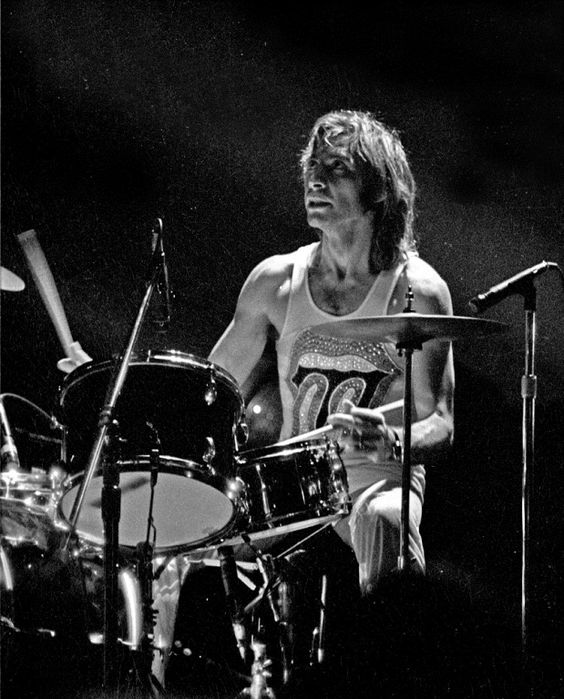 Episode 34 of Season 4 went live on Rebel Rock Radio on 26 August 2021.  It was a great episode, one of my favorites, mainly because there is so much going on in life and with Rebel Rock Radio that I didn’t even have time to think about this show.  The station is growing and we have some seriously good shows being added to the line-up.  Ep 34 flowed because of the number of new bands I have been listening too and the sad passing of Charlie Watts.  The amount of love being handed out on social media for the passing of this rock star is unprecedented.  I played a few Rolling stones songs that really highlighted his drumming and helped to make the point about how Charlie was always in the pocket and very much the backbone of The Stones.

I had a number of bands that, while not new to the world, were new to me.  These included The L.A. Maybe and a South African band out of Cape Town called Imagine&Nation.  There were new releases from Iron Maiden and KK’s Priest.  I spiced the show with Killswitch Engage, Gojira, & Annihilator and we covered the Punky / New Wave stuff with Green Day, Titus Andronicus & Talking Heads.  It was great to hear ‘Burning Down the House Again‘.  We had more Chrome Division and more Greta Van Fleet.

The usual heavyweights, Guns ‘n’ Roses, Joe Bonamassa, Kid Rock, Dio, and Motörhead were featured.  I found a Motörhead song I had never heard called ‘ God Was Never on Your Side‘, I do not know how I missed the album, Kiss of Death.  The track actually reminds me of The Kinks ‘I’m Not Like Everybody Else’ which you can find on the website at emotional power of music from the movies. It is on the blog page and features an incredibly powerful video from The Sopranos.  The show closed out with a final goodbye to Charlie Watts and a few tracks that help us to realise that we are living the times discussed on page 185 of The Story of Rock and Roll.  “These heroes may die but their music lives on”.