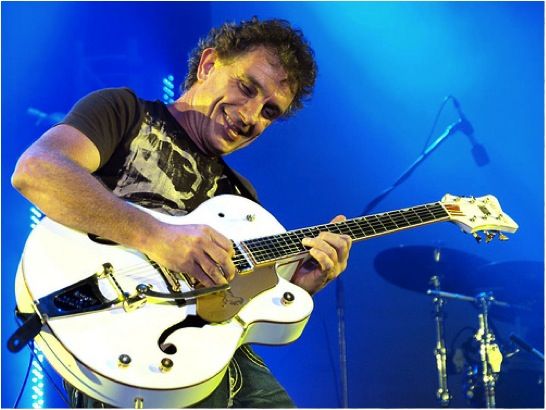 Episode 7 of Season 5 aired on 17 February 2022.  We kicked off with a track called ‘Bulletproof‘ of Paul Stanley‘s second solo album titled Live To Win.  It was topical given the difficult times we are living in, it seems like everyone is going through some serious shit.   We added a bit more inspiration to the airwaves with Billy Squiers’ track ‘Stronger‘ off Here and Now.  It was a fairly quiet night by TSORR standards not a lot of people calling in so the show sort of had a life of its own.

Cold Chisel’s cover of ‘Knocking on Heavens Door‘ showed once again just what a great live band they were.  Ian Moss‘s guitar work as always just shines.  Speaking of guitar work, there was plenty of it, Black Label Society, Exodus, Megadeth, and Iron Maiden all showcasing some of the greatest guitarists around.  For a bit of UK Punk, we called on Sex Pistols with ‘Did U No Wrong‘ and Stiff Little Fingers with ‘Wait and See‘.  The latter perfectly demonstrates the wonderful ability of Jake Burns to shift quickly into ‘really aggressive now’ mode.

Local music was ably handled by Roland Suttie, Johnathan Martin, and a seriously powerful track from Code 106 of a new EP called Alium.  Code 106 are sounded really good on this, I was suitably impressed.  From there we went on a Southern Rock jag for a few tracks, Kid Rock, Lynryd Skynyrd, and Whisky Myers all delivering the goods.  ‘Fill My World‘ the sad tale of Myles Kennedy’s little dog Mozart alone in a storm and Sixx A.M. with ‘Maybe It’s Time‘ gave us a good 10 min of emotional stuff and it was tempting to mine that vein further, instead I opted for a mood-lifting end of show blitz of high octane 3 min tracks from The Offspring, The Distillers and Joan Jett (with her Blackhearts of course).  We closed out with UK Metal stalwarts Desolation Angels and a sublime track from Piet Botha.  Hope you enjoy it.