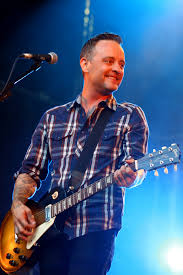 Episode 31 of Season 5 went out live on Rebel Rock radio on 4 August 2022.  This show is as unprepared as it gets, let’s see what happens.  We kicked off with Bad Company and ‘Rock ‘n’ Roll Fantasy, then into Dave Hause off one of my favourite albums of all time titled ‘Bury Me In Philly‘.  The track we played was called ‘The Flinch’.  From there we sped it up a bit with ‘Speed Demon’ from Keel, by now I was hating what I had in the playlist and desperately looking for a way out.  By request, we took in some of Australia’s finest in the form of James Reyne and Cold Chisel with ‘Fall of Rome’ and ‘When the War is Over’ respectively.  The Cold Chisel track should cause some piloerection, the first two verses sung by guitarist Ian Moss and then the sheer power of Jimmy Barnes taking over from verse three.  I love the way Barnsey does this, standing back and letting someone else have a go just increases the magnificence of his voice.  It’s the contrast that does it, and then of course Don Walker on piano.

This week’s Rock Review featured Rush and the last track ‘The Wreckers‘ cut off violently due to the time slot allocated so to make amends and also by request we listened to it in its awesome entirety.  Things by now were picking up with some very special people tuned in.  We checked out a band called Ignite and another called Windowpane, two relatively unknown bands making some awesome music.  Next, we popped over to Germany for some Rammstein and some Accept.  We checked some new stuff from Alter Bridge off their forthcoming album Pawns and Kings, the track was called ‘Silver Tongue‘ and we also listened to ‘Times Like These‘ off the brand new Five Finger Death Punch release Afterlife.  A couple of Alices’ in the form of Alice in Chains and Alice Cooper were followed by classic 80’s metal from Van Halen and ACDC.

We wound it down with four South African bands, starting with a request for Kobus! with Kultuurfeestent and then Jack Hammer, The Black Cat Bones, and L.A. Cobra. The Bones in particular sounded amazing with their cover of Bob Dylan‘s ‘I Shall be Released.  We stayed mellow and wound down this very random show with some Black Stone Cherry off the Kentucky album and Kid Rock with ‘Never Quit’ off his latest album released earlier this year titled Bad Reputation.