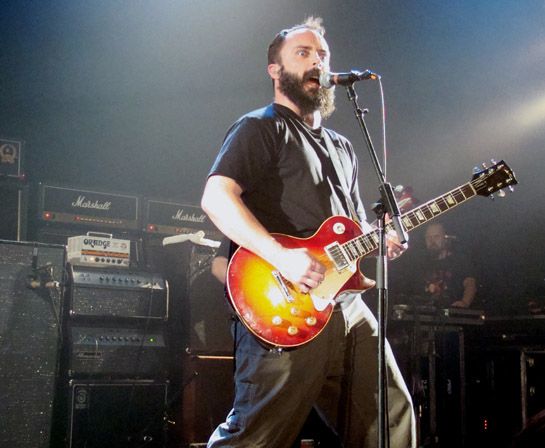 Episode 26 marked the halfway through the year spot.  The show aired on Rebel Rock Radio at 19h00 on 30 June 2022.  I got a chance to adjust my pants and dance the good time dance with Clutch’s ‘The Mob Goes Wild’ by Clutch as the show opener.  Neil Fallon was in fantastic form on Blast Tyrant, my favorite Clutch album ever.  Then in quick succession, we had two tracks about mothers, ‘Run To Your Mama‘ by Gary Moore and ‘Mothers Spinning In Her Grave‘ by Jerry Cantrell of Alice in Chains fame.  We took in some Seether and then mellowed out in a powerful way with Alter Bridge.  We heard a track called ‘Life Must Go On‘,  and it must, no matter how fucked up the current situation is.  From there very mellow, probably too mellow actually, with Ryan Adams off an album called 1989 and a track called ‘Bad Blood’.

Things warmed up with Black Country Communion and Satan (the band not the dude),  and then we hit a bit of a Guns ‘n’ Roses theme with a cover of ‘My Michelle‘ courtesy of L.A. Guns. Phil Lewis‘s very British accent and Tracii Guns‘s guitar tone added serious value to the track.  The new stuff came from Megadeth and Ozzy.  Megadeth, in particular, is fantastic, seriously amazing, if the rest of the album is like this track titled ‘We’ll Be Back’ then its album of the year already.  We checked out the new Ozzy, which is great, even though I blow hot and cold on it, I am warming to it.  Make your own mind up on this one. I love Jeff Becks contribution but I’m not a fan of Andrew Watt in the producers chair.

I made up for a dearth of South African music over the last two weeks, starting with Richard Pryor in his Pebbleman guise and a cover of the Warren Haynes track made famous by Joe Bonamassa called ‘If Heartaches Were Nickels’, nickles, not nipples lol,  Springbok Nude Girls, Mark Haze & 12th Avenue, Jack Hammer and a Cape Town metal band called Infanteria.  Infanteria is a seriously world-class thrash band in the mold of Slayer, Metallica, and Testament, thanks to Metal Malletjie Greg Scott for finding them.

From there it was the downhill run with some US Punk (Blink 182 and Fall Out Boy) and some UK Punk (The Clash and The Jam) and We ended heavy with Sepultura, Arch Enemy, and Destruction.   There was probably too much moaning about the state of the country, load shedding, and abomination that the ANC has become so apologies for that, to quote the Boss “Someday we’ll look back on this and it will all seem funny”.  Let’s hope hey.

PS, I now know why Ryan Adams was considered possibly too mellow, his1989 album is a cover album.  Taylor Swift recorded 1989 in 2014 which is the year of her birth, Ryan was born in 1974 and he has songs called 1974 so I guess that is all part of it.  He decided to cover the whole thing.  Taylor Swift hasn’t featured on TSORR before, I am aware that there is a Taylor Swift but up until now that was as far as it went.  Don’t stress we won’t be hearing her album any time soon.

PPS, the TV show where “Chris died for your sins” was Weeds and it was the character Andy who made the shirts.