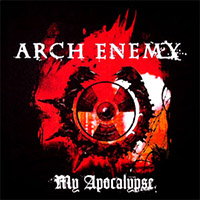 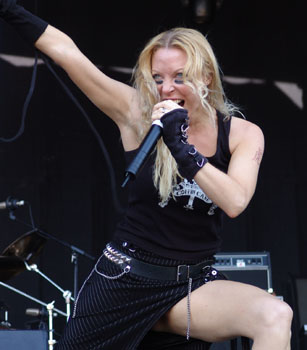 Arch Enemy are a really great band, the first thing that floored most people was the fact that the inhuman gutteral death vocal was actually being done by a female vocalist.  Angela Gossow reset the standard by which female metal vocalists would be measured in future.  I think that the guitarist is highly undrrated and if you listen to Arch Enemy you will hear some incredible melodic lead lines and riffs which set them apart from some of the other bands at the time where it really just all seemed to be growling in a monotonous dirge of downtuned guitars.  Michael Amott who had spent time in Carcass just seemed to find his feet in his new outfit.  The songs were defnitely a cut above your average death metal.

Angela Gossow steped down from vocal duties in Sept 2014 and was replaced by the more than able Alissa White-Gluz ex of The Agonist. In terms of my exposure to Arch Enemy it started with Angela so this clip still features her. I would seriously recommend that you check out War Eternal.