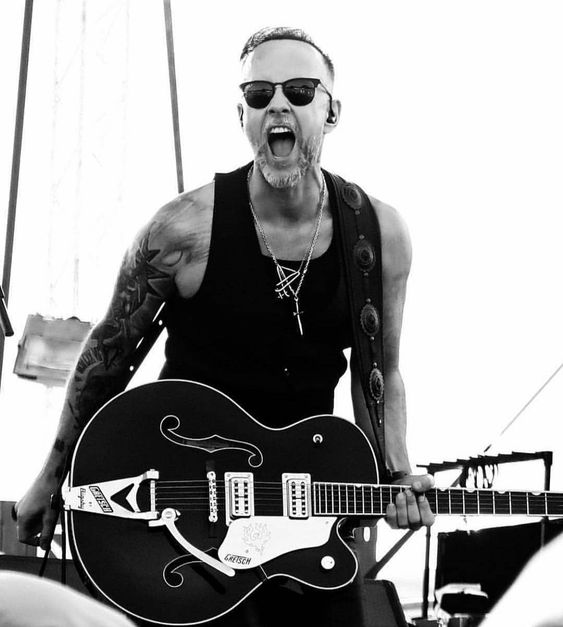 Episode 50, two to go in Season 4 and we are done.  This episode aired on 16 Dec 2021, Beethovens birthday.  We started with a few minutes of ‘Symphony No 9‘, known as Scherzo before moving on with Deep Purple and Highway Star.  After that is was standard fare with Def Leppard, Metallica, a bit of Megadeth off the Cryptic Writings album, and a track called She-Wolf.

The love affair with Boston and Greta Van Fleet continued and I continued to play new stuff off the latest Volbeat and Black Label Society albums.  The brand new Neil Young called Barn and the third album from Nergal‘s side outfit Me and That Man went down very well.  The track we heard was called ‘All Hope is Gone and featured Exodus / Slayer guitarist Gary Holt, Mantas from Venom, and Blaize Bayley ex Wolfsbane and Iron Maiden.  The album is called New Songs, New Man, Same Shit Vol 2.

There was a sad moment for me personally as I paid tribute to a very special lady who was very much a second mother to me growing up and sadly passed away this week.  I am currently in lockdown as my daughter has covid so covid once again permeated the show in a not so subtle way.  Other than that it was a mix of classic (Iron Maiden, Judas Priest), heavy (Parkway Drive, Arch Enemy), and some acoustic-type stuff from The Boss Bruce Springsteen. I ran out of time and just managed to slip in the SA music right at the end.  You’ll get The Uninvited and the Koos Kombuis classic ‘Johnny is Nie Dood Nie‘ if you hang in all the way to the end.