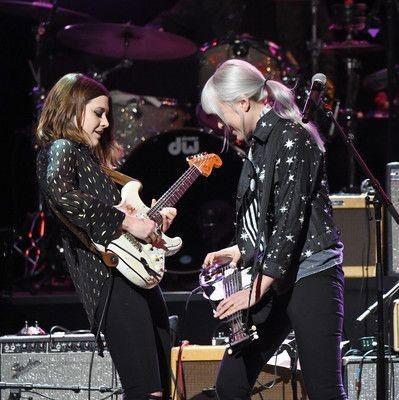 S4E42 aired on Rebel Rock Radio on 21 Oct 2021.  I was in Clarens with my band the Bunk Girls Motorcycle Club on a guitar clinic with the most amazing Dan Patlansky so the episode felt a bit different from normal.  Having people around changes what you play and consequently, it’s the first show that doesn’t have something really heavy, no Slipknot, no Trivium, no Killswitch, sorry about that.

We kicked off in the usual way with some upbeat rock and roll from Buckcherry of the new album Hellbound,  Avenged Sevenfold’s ‘Girl I Know‘ off Diamonds in the Rough.  We stayed raucous for about  an hour and then got into the Neil Young, Springsteen phase before going really bluesy with the ladies, Larkin Poe making a TSORR debut) and the wonderful Samantha Fish with a track called Down in the Swamp.

There was a nice stretch of SA music with Dan Patlansky and Albert Frost, two of the finest players around.  We paid special attention to Dan’s tone and the fact that it is a product of a relentless lifelong search to get the right sound.   I then did something weird and played pretty much every band that the haters love to hate in a row.  I don’t plan these things it just worked out like that.  All in all, I don’t know what I think of this one, let’s see what you think, comments as always are welcome, you can find The Story of Rock and Roll’s Facebook page if you have anything to say about it.  Peace.