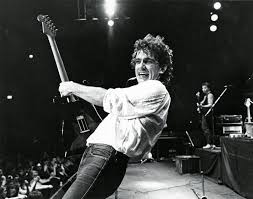 To say that being in South Africa right now is difficult is an understatement.  The continuous load shedding is playing havoc (hammock :-)) with the broadcasts, you never know when you are going to get cut off or if the cell towers are going to work.  Episode 23 of Season 4 went out on 10 June at 7 pm, load shedding kicked in one minute after the show ended, score one for Rock and Roll.

We started with W.A.S.P.  and ‘ The Invisible Boy‘ off their masterpiece, The Crimson Idol. Next, it was the turn of Great White off their ’91 album Hooked and I highlighted just what a great year 1991 was for new releases.  The show was light on both Australian and South African artists, with only Cold Chisel, ACDC, and Fokofpolisiekar getting a slot this week, I will put in some extra SA next week.  Cold Chisel’s ‘Yakuza Girls‘ off The last Wave of Summer went down very well.  We checked out Die Toten Hosen with ‘Liebeslied‘ which just made it impossible no to follow up with The Damned and ‘Love Song‘.

Once again The Doors sounded amazing and clearly, I need to play a bit more of them.  Amazing to think Jim Morrison only made it to 27, so young, imagine what he would be putting out these days.  Other than that Halford was great and so was Kid Rock, in fact, everything was good, just as it should be.  Check it out, i am sure you will find something in here.