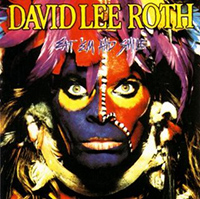 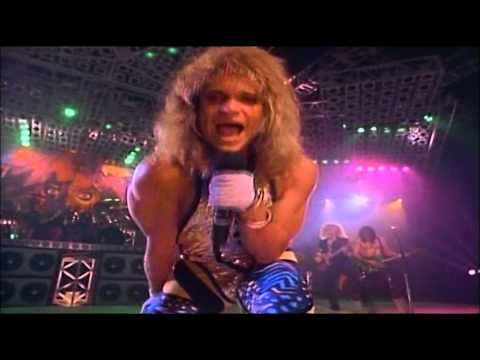 Dave Lee Roth is a legend.  When I was growing up he was the first front man that I saw who was just larger than life.  Dave was the coolest, he dressed the best, he moved the best and he always had a killer chirp for the journalists.  The was a lot of criticism of his vocals and even the band didn’t rate him as a great singer.  I think he is just fine.  Dave proved that even if he can’t sing as well as Sammy no-one cares, we just wanna hear Van Halen.  It was a sad day when they split up but then he went on to release Eat ’em and Smile so we got two great bands for the price of one.

This video is a masterpiece, you just have to get through the typical Dave intro bullshit or what I think the yanks call shtick and then you get to see the worlds best front man with the one guy that wouldn’t just disappear in Eddie’s shadow. Steve Vai was well recognised by musicians before his time with Dave but after this album he got major international traction.