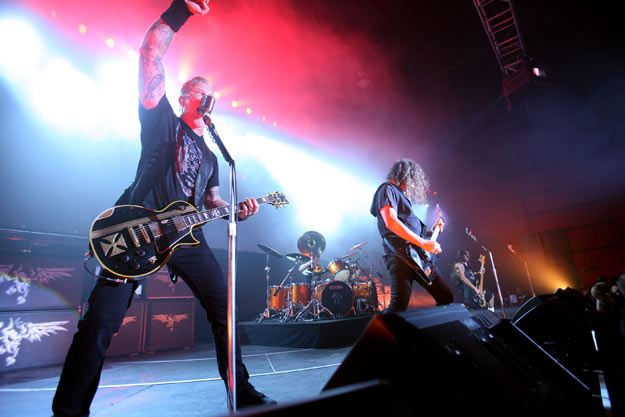 Episode 21 of Season 4 kicked off on Rebel Rock Radio at 7 pm on 27 May 2021.  We started with Yngwie Malmsteen and Jeff Scott Soto‘s wonderful cover of ‘Magical Mystery Tour‘ off Butchering the Beatles.  It’s probably one of the best ways you can possibly start a radio show.  From there it was Five Finger Death Punch, and then a detour down ‘Copperhead Road‘ with Steve Earle and some Dire Straits before we unwittingly ended up in a sort of Aliens theme for a few songs courtesy of Journey, Blink 182, and The Misfits.  The back-to-back Iron Maiden and Judas Priest with ‘Blood Red Skies‘ bought us back to earth.

The Doors with ‘Riders on the Storm‘ really went down well, it’s such an incredible song, or as one listener put it “for my soul”.  SA bands included Mark Haze, Wonderboom, Arapaho, The Color Blew, and near the end, what I consider to be the best metal band in the country, Sunken State with a new track called ‘ Separation Has Begun‘.  Mark my words this band is going to be huge as far as metal bands can be huge in today’s world.

Highlights for me were listening to The Mayfield Four with ‘Summergirl‘ and around 4 min in where Myles Kennedy just takes his vocals to a new level, absolutely incredible.  Whitesnake with ‘Still of the Night‘ sounded amazing and Arch Enemy with Alissa White-Gluz on vocals and Michael Amott on guitar rounded out the highlights with ‘You Will Know My Name‘ off War Eternal.