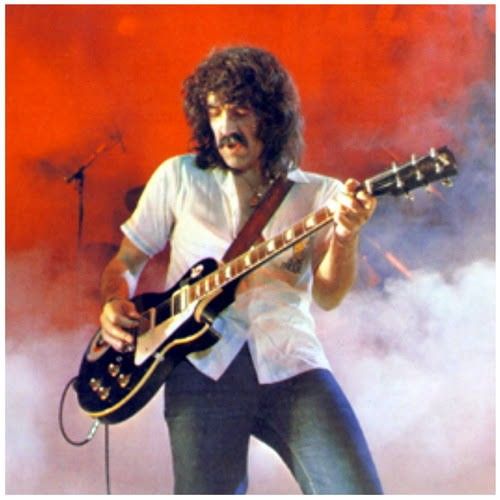 Episode 27 of season 5 aired on Rebel Rock Radio at 19h00 on 7 July 2022.  The show kicked off with a live track from Volbeat called ‘Maybellene I Hofteholder‘.  It was a nice way to start actually and it sort of set the tone for a mellow (by TSORR standards) beginning.  From there we had a band called Austin Gold with the title track off their debut album Before Black Clouds.  Next up California Breed, that’s half of Black Country Communion, plus Ozzy Osbourne producer Andrew Watt.  After that, we smashed some of that Southern Rock action with Blackfoot and Rhino Bucket.  Rhino Bucket is out of California so while not strictly Southern Rock, you can hear the influences in the music.  The track we played was ‘Going Down Tonight‘.  We also had some of SA’s own Jasper Dan which is a band I really dig.

Danko Jones let off a bit of steam and offered up some good advice on what to do when people cross you.  We also said farewell and RIP to Manny Charlton, guitarist and founder member of the beloved 70’s juggernaut known by the name of Nazareth.  ‘Hair of the Dog‘ was a fitting tribute to a great guitarist and songwriter.  Mannie was 80 so that’s pretty good for rock and roll, well played sir.  We listen to Queensrÿche and Rush, two giants of prog according to some, but I figure it’s not prog because I really love it.  Carlos Santana had a collapse on stage this week and was rushed to hospital, he’s OK, a bit of dehydration (the dude is 74) so to wish him well (because he never misses TSORR lol) we played his version of ‘Whole Lotta Love’ feat. Chris Cornell.

Overall it was a fairly balanced show, we were light on Aussie and German stuff and only managed 4 SA tracks, one of which is my latest discovery, a band out of Cape Town called Infanteria, check them out they are great.  The classic ’80s stuff came from Kiss, Dokken, and Dio and Asking Alexandria, Testament, and Amon Amarth brought the metal to the party.   We ended super mellow with The Stranglers and ‘Don’t Bring Harry‘ and a beautiful track from Wonderboom called “Night Falls Like a Grand Piano‘.   I managed to tone down the doom and gloom a bit although we are still on Stage 5 load shedding in South Africa and it really affects the number of listeners that catch the show. This in turn affects the energy of the whole thing., see if you notice.