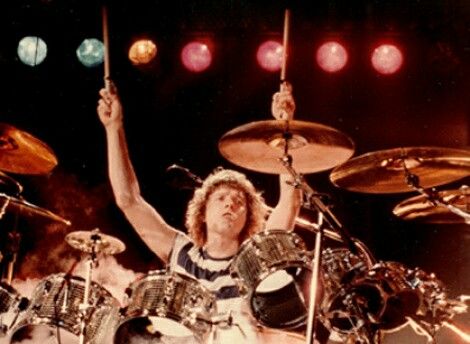 Episode 46 aired live on Rebel Rock Radio at 19h00 on 18 November 2021.  It was a show that I used as therapy to move through a really bad day at work.  You know those days where everything just goes wrong?  Yeah, one of those.  There was a massive thunderstorm in JHB with roads underwater, accidents, cars on the side of the road, and load shedding on top of all of this.  It was a great opportunity to demonstrate the therapeutic power of rock.  We kicked off with ACDC and ‘If You Want Blood (You Got It)‘, then went over to Germany for ‘Wild, Wild Nights,’ another track off the brand new Running Wild album called Blood on Blood.  A bit of ZZ Top followed and then some Triumph which I thought was a highlight of the show. It is easy to give Rush all the credit for great Canadian music and forget about Rik Emmett and the lads.  This track ‘ Fight The Good Fight‘ shows admirably how good Triumph and the Allied Forces album was.

We had plenty of heavy hitters; Rammstein, System of a Down, Five Finger Death Punch, and then some Boston and Foreigner to highlight why some people are stuck in the ‘70s.  Pearl Jam and Soundgarden took care of the grunge and Ramones and Blink 182 gave us our weekly dose of punk.  Then a strange thing happened and I played ‘Mirror in the Bathroom‘ by The Beat which was a song I didn’t like when it came out in 1980.  This is probably because it was the opposite of British Steel, Back In Black, Blizzard of Oz, Ace of Spades, Heaven and Hell, and Iron Maiden which were shaping my life at the time.  But it sounded good, I have mellowed.

From there we tipped the hat again to Tokyo and Sao Paulo who are leading the listenership rankings for TSORR podcasts.  Sepultura’s ‘Refuse / Resist‘ was awesome and I enjoyed Japan’s Lovebites with a track called ‘The Wrath of the Hammer‘.  From there it was the downhill run, there was a 5-minute break in the transmission of the live show as the power came back and the wifi had to restart.  The joys of an ANC run South Africa are evident.  We took a listen to the guitar work of Anton L’amour on Valiant Swarts’ track ‘Droomrivier‘, this was a small tribute to Theuns Jordaan who passed away this week and was loved and respected by many. The new Mastodon is awesome, we listened to ‘The Beast‘, the show ended in grand style with ‘Strachan‘ by The Hitchers and then some input from the Gallagher brothers with both Noel Gallaghers High Flying Birds and then Oasis.  As usual, I totally ran out of time.