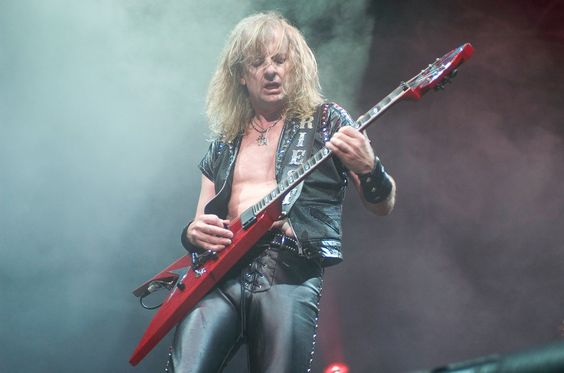 Episode 43 of Season 4 went out live on Rebel Rock Radio on 28 Oct 2021.  It was politically charged, I had no choice.  In the midst of load-shedding 4 times a day, labour unrest and trucks being burnt on the  N3, South Africa is on its knees due to the disastrous ANC government.  A rot started by Jacob Zuma and perpetuated by Cyril Ramaposa is destroying the country.  Municipal elections are taking place on 1 November, this show is inextricably linked to this point in time.

We kicked off in party mode with My Chemical Romance and ‘Vampire Money‘ off Danger Days.  next up Massive Wagons off their 2020 release House of Noise.  Then it was time for ACDC and it flowed from there.  There were plenty of classic bands.  We heard from the Rolling Stones, Led Zeppelin, The Doors and Alice Cooper with ‘Elected‘ (what else?).  New stuff came from Joe Bonamassa off his new Time Clocks album, and from KK’s Priest with ‘Metal Through and Through‘.  Note that AA Milne is not in the band :-).

As shows go it was pretty well balanced.  We had Venom, the godfathers of today’s metal, with a track called ‘Don’t Burn the Witch‘.  We had punk courtesy of The Stranglers and UK Subs, we had the blues with Joe Bonamassa and Rory Gallagher, we had amazing guitarists in Mr Big, Winery Dogs and with Gary Moore.  Reference was made to the situation with the songs.  For example, We had The Cruel Sea with ‘Anybody But You‘,  Adrenaline Mob with ‘Judgement Day‘,  ‘Race to Extinction‘ from Accept,  and, another track possibly written about the SA government titled ‘Straight From Hell‘ by Helloween,  In the end, we had some good positivity with Little Steven and ‘Out of the Darkness‘ which I sincerely hope I will be able to report on favourably next week.  We shall see.