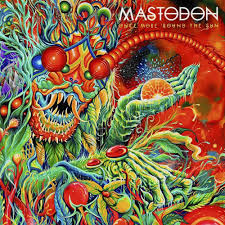 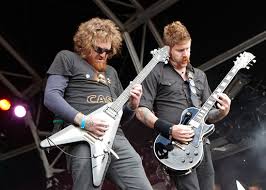 I got into Mastodon in 2004 when they released their monstorpiece Leviathan. The album received critical acclaim with magazines like Kerrang and Metal Hammer punting it like cray. I was very impressed and it took a good number of listens to get it all in. A bit like Rush, Mastodon are the type of band that after the 100th listen you still find something new that you hadn’t noticed before. The arrangements are massively complex and you have a situation where the drummer, lead guitarist and bassist all do lead vocals at various points, a bit like Queen in that respect, but it gives a massive diversity to the songs. They also write in different combinations like Iron Maiden do so that also prevents anything sounding too derivative. I was fortunate enough to see them live in 2011 at Rock Im Park and they were easily one of the best 5 bands at that festival. I class Mastodon as a ‘special band’ which as defined in The Story Of Rock and Roll is one of those bands that have a unique chemistry and synergy and just don’t sound like anyone else. I can’t praise them highly enough, give them a listen you won’t be disappointed.

I think that Mastodon are crazy, just watch the video’s and you will see what I mean. This one for The Mother Lode is nuts, I mean what the fuck is going on here ? But who cares? it’s fully entertaining. Up until I put this site together I hadn’t seen any of their videos, once I started I couldn’t stop, there is a whole wealth of wacko here. they are almost impossible to categorise so I won’t even bother, it’s all just rock and roll to me.