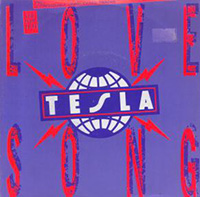 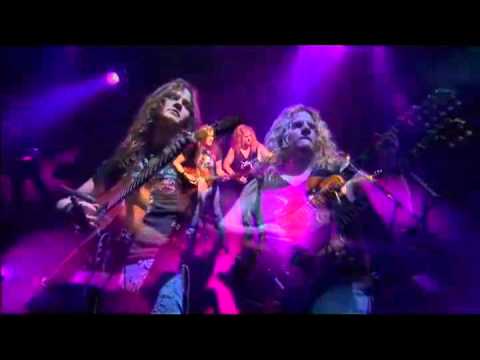 Tesla were part of the hair metal scene just by virtue of being around at the time.  The Stranglers had the same problem with being considered punk and getting lumped in with the negative side of the movement.   To me Tesla were far better than most of the other bands around in the 80’s.  I have no doubt that if they had formed in 1970 they would have been as great and as successful as they were in the 80’s.  They were top class musicians and they wrote fantastic songs.  Their album Five Man Acoustic Jam predated the whole MTV Unplugged format and is one of the finest acoustic albums ever made.

What a great fucking video. I never saw this at the time, I never watched much TV in fact I didn’t even own one. I played The Great Radio Controversy so many times the CD player knew it off by heart. I didn’t even have to put the disc in anymore, it was burnt into the circuits. watching this reminds me of those golden years when Metal ruled the world. I would urge anyone who doesn’t know Tesla to dig in, they were a cut above the other hair metal bands and that is one of the reasons why they are still around today. Fucking LOVE Tesla.