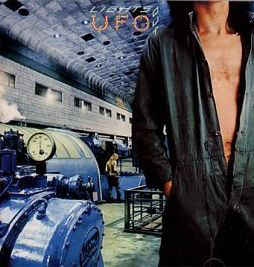 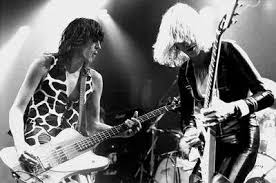 This may seen out of place in the timeline but I start with it because in the Introduction to The Story of Rock and Roll I use it to explain just how powerful great music can be and how it can transport you from terrible lows to incredible highs.  It’s all about the big chords coming through all that fucking morbidity. When I saw this movie for the first time I got goose bumps , I still get them everytime The Stones fire up ‘You Can’t Always Get What You Want’ which is exactly why this clip is so important.  Hilton Bennet who was a great mate and has a bit part in TSORR got me into this movie and I am forever grateful for that

All the old stuff is pretty poor quality but sonically this track isn’t bad. The band is tight and Phil Mogg just shows off that typical front man swagger which the big names in the 70’s perfected. This is the kind of look that every lead singer wanted but not all of them could pull it off like Plant or Morrison or Dave Lee Roth, I reckon Phil does fine. For such a hard drinking hell raising band there is no sign of it here, it’s just super tight balls to the wall rock and roll. It all comes together for me at [2:02] when Schenker does that first solo, he is just so slick and would blow away almost anyone playing around this time. The second solo at at around [4:07] shows those amazing melody lines he manages to weave into his playing better than anyone. UFO you were an incredible band.

JAMES DAUBENEY
Scroll back to top