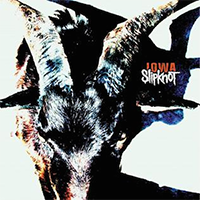 Suddenly the 21st century seemed to come alive and there was nothing like Slipknot to announce this metal renaissance.  I’ll be honest here and say that I didn’t get it initially, it didn’t have the melody and the whole horror mask thing just seemed a bit gimmicky to me.  In The Story of Rock and Roll I explain that the first time I heard Slayer I wasn’t a fan and it took the release of their South of Heaven album to make me realise I was missing something.  The same thing happened with Slipknot I only got it when I heard Vol 3 : (The Subliminal Verses).  After that I went back to Iowa and recognised them for the unstoppable force of nature that they were.  Who knew back in 2001 that this would be probably the biggest metal band in the world within 15 years.

This video is something special, you just have to look at the madness in the eyes of this mob as they tear this house to pieces. It just goes to show how scary a mob can be. I had the Disasterpieces video in about 2004 and some long lost friends came to visit. their kids were very young, like 8 or 10 and we watched the intro to the video where you can see inside Clown’s brain. It became clear pretty fucking quick that this was not a band considered suitable for kids.