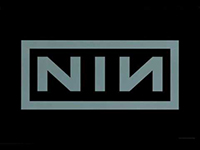 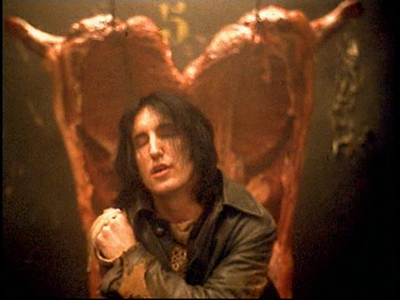 Trent razor and Nine Inch Nails almost signify the mid 90’s in my mind.  It was a strange period and it almost felt like everyone had run out of ideas.  It just seemed like the same shit being repeated but not as good.  NIN hit the scene and brought in this really technically competent use of computers, drum loops and production effects and mixed it with a huge dose of sick fuck misery.  For a while it just seemed that whatever Reznor touched would turn to gold and together with producer Flood it seemed like everyone wanted to work with them.  They were hugely influential and a whole raft of Industrial Metal bands hit their stride riding on the back of the success NIN were having.

This is horrible, I struggle to watch it. A friend once said that she like 30% of what NIN release 100%. I would agree with that and this song is a classic. The video however is a struggle for me to watch. Trent is strange dude but I absolutely love what he did for Marilyn Manson and sometimes you need all that angsty misery in your life. Well maybe you don’t