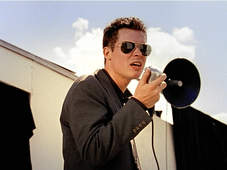 As a metal head and lover of guitar driven rock this is something completely different and it is one of the coolest songs and video’s I have seen this year. I was introduced to this little gem by Doug De Villiers when our band The Bunk Girls Motorcycle Club were on the 2016 Spring Tour with Dan Patlansky in Clarans. A great deal of whisky and beer was being consumed and we were going through Rory Gallagher, John Paul Young, Dylan with The Band, Neil Young and a few things in between in a great celebration of musical excellence. Doug had a great story about this song, Bob Dylan had written the chorus but never finished the rest. Ketch Secor of The Old Crow Medicine Show had written some verses and asked Dylan if he could finish it off. Dylan agreed, he only had a recorded version of the ”Rock Me mama” bit which appeared on a bootleg and he was happy with the new version. This version by Old Crow went platinum and it’s been covered by a lot of guys including our own Dan Patlansky on his Wooden Thoughts album. Darius Rucker also had a huge hit with it.

The cherry on the top is the video, the way they have linked in rock ‘n’roll suits and Ray Ban’s and country banjo hicks with Western Saloon sluts is awesome. It is a total feel good song and if you can listen to this and be in a bad mood I would be very surprised. It almost feels like the vocalist is out of time and place and has ended up in this strange carnival world where he doesn’t belong, I almost expect the Tardis to appear so that he can get the fuck out of there. Anyway, give it a listen it is a classic.