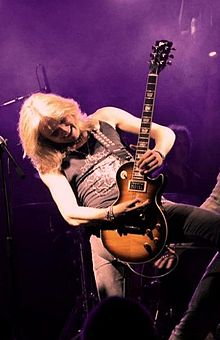 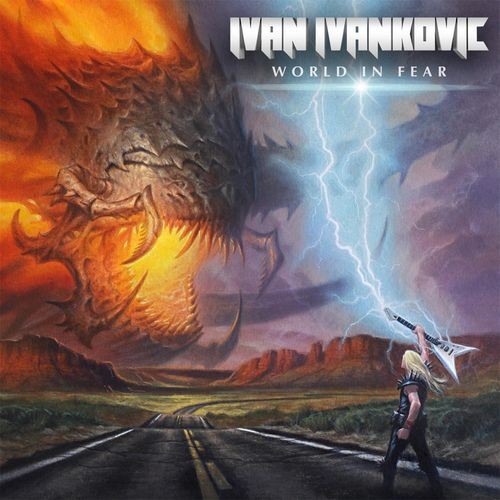 I just discovered this fellow Ivan Ivankovic today (Jan 2017), so great to hear this kind of stuff. It feels like I stepped out of the Tardis into the early 80’s again, yes that is a good thing ! This whole album is jam packed with melodic Michael Schenker type guitar virtuosity. The whole thing feels fresh, I will be honest and say that I am not a big fan of keyboards or this type of vocal but it’s pretty typical of the genre but it’s obliterated by the greatness of guitar. There is an acoustic instrumental on the album World in Fear called ‘This Is Goodbye’ and it is fantastic. The thing I love is that Ivan knows its all about guitars, everything is a vehicle to get to the next solo, again, this is a good thing. He is going to get compared to Helloween, Yngwie and obviously Michael Schenker, the way he looks and plays it’s impossible not to draw the Schenker comparison but he looks healthy and not all fucked up and who would be unhappy being compared to one of the greatest metal guitarists ever. The album came out in Dec 2016 and doesn’t even have a review on Amazon yet it’s got quite a few instrumentals and it fucking cooks. Then there is that small issue that is in the back of everyone’s mind, Donald trump became the 45th President of the United States yesterday so World In Fear is very, very apt right now. Thanks Ivan you made my day so I am spreading the joy. Tell Gene Simmons Rock and Roll is NOT dead.