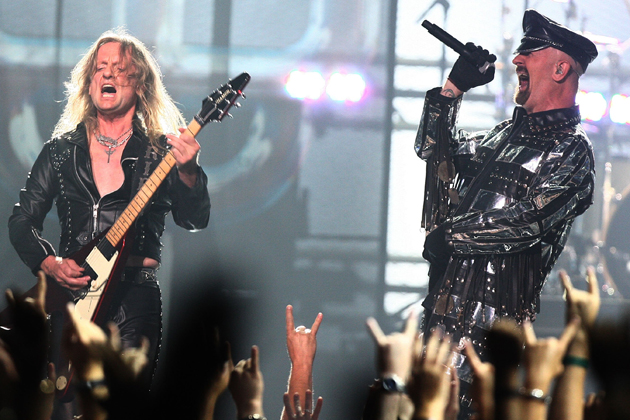 Judas Priest are legends, in my view no-one put metal on the map the way Priest did and they kept it alive during the lean years.  With all that disco crap going on in the 70’s you could rely on Judas Priest to keep delivering album after album of blistering metal.  When British Steel was released it changed the way things were done by metal bands.  It was a monstrously good album and quickly scooped up new fans who had never heard of the band.  As with happened Metallica die hard pioneers like myself selfishly felt bitter sweet about a band we loved suddenly being on the radio and having to deal with arseholes talking about this ‘new band’.  The funny thing is they never sold out: the world just caught up and took a giant leap forward in terms of musical taste.  All Hail the Priest \m/

This Priest Classic freed me from religion for life. I am not sure why but it just hit a chord with me and set my mind free. This video clip is from the Old Grey Whistle Test and not what would normally be considered as a typical Judas Priest video. The band were clearly still finding their feet and were not yet considered the metal gods. I think it is a fascinating glimpse of where Priest came from given what everyone else was doing at the time.

JAMES DAUBENEY
This video was from the 1980 classic ‘Metal Gods’ off British Steel released in 1980. I include it here because this is what Priest became and this is how they will be remembered. It is a great contrast to the first video where you can clearly see how the band were finding their way out of a sort of hippie Zeppelin look into something that would define the band and the whole Metal genre.