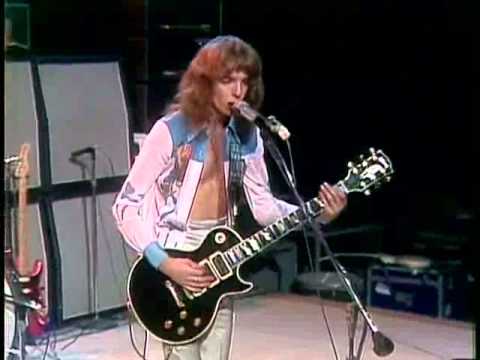 Peter Frampton got huge thanks to Frampton Comes Alive.  The album was everywhere and Frampton became famous for making his guitar talk.  I don’t think Frampton will ever be able to disassociate himself from the Talk box, he is almost synonymous with it.  When the album was released we used to listen to it all the time, rewinding the talking guitar bits over and over again, it was just very cool at the time.

Peter Frampton was one of those guys who just got so popular so quickly and then suddenly he was out of favour. That phenomenon always makes me suspicious of the audience not the artist. If you dug Frampton in your teens and then five years later you didn’t like him then you never actually understood in the first place. Frampton in the 70’s was sort of like Bon Jovi in the 80’s, you ended up not liking them because everybody liked them, even though you actually did like them. Here is a small bit of trivia, Peter’s dad was Bowie’s art teacher at school.