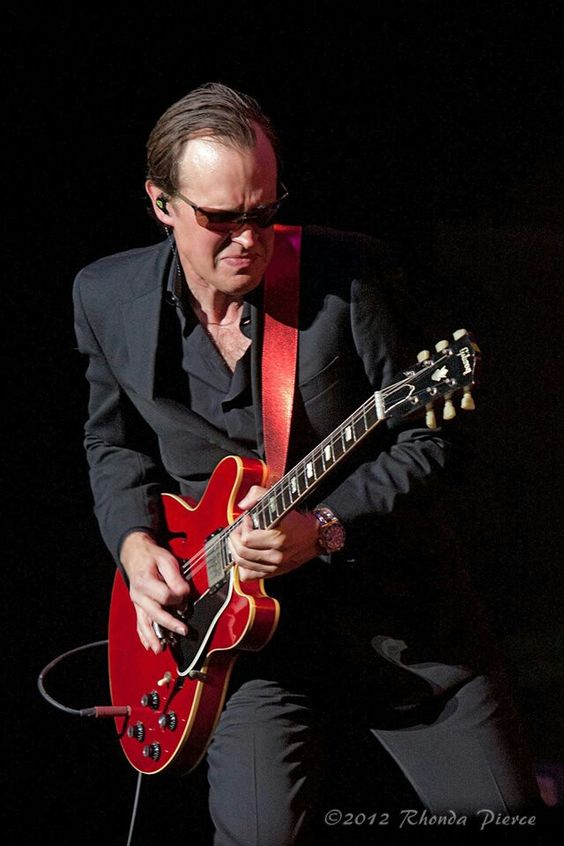 Joe Bonamassa nowadays needs no introduction. When I first heard him back in about 2003, out of everyone I knew I was the only one who had heard of him. You can read all about that in The Story Of Rock And Roll so I am not going through it in the blog. The point is that Joe B now is almost a household name. Not in every house obviously but in a household that knows rock and roll he will be known. I don’t have to explain about him as a guitar player anymore so let me discuss a little bit as to what it is that has made Joe Bonamassa probably the best known blues player in the world.

The amount of talent he has as a guitarist is a given, very few people can play like he plays but he would not have done what he has done if that was all there was to it. Jeff Beck can play a guitar, Rory Gallagher could play a guitar, the old blues guys could play but none of them made the type of money Joe has made or had the type of success or got the recognition he has. The secret is his work ethic, his absolute commitment to his craft, his drive and most importantly the ability to form and work in a team. If you want to see how succeeding in the music business in the 21st century works then watch the documentary that I have attached. This is how its done, this is what you have to do to succeed these days. You have to have a team you trust who compliment each other and you have to have complete control of your brand and your art. The documentary How One Man Beat The Music Business is basically the business manual, check out the link.

If you don’t have the time for the documentary or you just want to hear some music check out the video clip of ‘Cradle Rock’ because its a special one. Its special because Joe got to play Rory Gallagher‘s iconic 61 Strat, the one that Rory played his entire life, the one he paid GBP 100 for when he was 15 (about R 32 000 today), the one that was stolen and ended up in a ditch, the one on the cover of Deuce and basically the one you most see Rory playing. Rory’s brother Donal, who has pretty must rescued Rory’s legacy and given him the posthumous recognition that he truly deserves, is the custodian of Rory’s favourite guitar. At a point in time Donal retired the guitar and no-one could get to see it let alone play it. Thanks to Joe’s girlfriend who knew the Gallaghers Donal agreed to let Joe play it on the first of his two sold out London Apollo gigs in 2011. Check out Joe doing Rory’s classic song Cradle Rock.