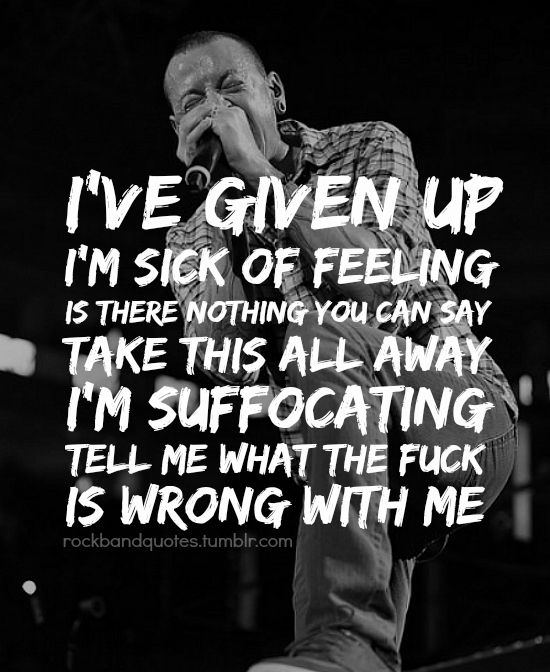 I will be honest here I wasn’t a huge fan but something does need to be said about the tragic death of Chester Bennington. It is indisputable that Linkin Park ushered in a new era in heavy music and a whole ton of new fans consider Hybrid Theory to be the album that got them into Metal. For that alone we should be thankful. Being old school my gateway bands were Kiss, Judas Priest, Queen and Van Halen but I know many people who started with Nirvana and G ‘n’ R. I consider Linkin park to be another of those land mark bands that melted some young brains and I appreciate the influence they had on kids who would not have had their Metal genes activated without them.

Chester said some asshole stuff in the last few years. He made statements saying that Linkin Park saved metal and with the release of the new album he attacked his fans and said that they should be appreciating what he was doing rather than lamenting the fact that he was no longer doing what they wanted him to do. in my view the artist should be allowed to try whatever the fuck he or she likes. On the flip side the artist shouldn’t expect people to love it the same way as the artist does. The album didn’t get a lot of love but at the same time the advent of social media has allowed a lot of little dickheads to say a lot of really mean shit that they are not held accountable for.

To be a rock star or celebrity these days is, I reckon, pretty tough and often soul destroying. The golden days are over and you won’t see another Sabbath or Zeppelin strutting the world like golden gods ever again. Musicians today are not put on pedestals like they were 30 years ago and as I mentioned at length in The Story Of Rock And Roll the old guys we loved are hitting their 60’s and 70’s and they will all be gone in the next 10 to 20 years. To quote Springsteen “Foreman says these jobs are going boys and they ain’t coming back”. I understand that and its life as we know it, the tragic part is when guys like Chris Cornell, Stuart Adamson, Chester Bennington, Ronnie Montrose, Brad Delp, Richard Manual, Kurt Cobain and Keith Emerson take their own lives. Now there are a lot of people saying committing suicide is weak and selfish and they have no sympathy because these guys are often rich or they say that thousands of people commit suicide every day so why cry about rock stars? I think that the focus should be on trying to understand the debilitation of mental conditions we don’t fully understand and trying to be a little nicer to each other and a little bit more caring. So in conclusion although LP and Chester were not my favourite band by a long shot I did in enjoy a lot of what they did. For me LP were always a 1 or a 10 with very little in the middle. When they played the stuff I enjoy they were 10’s and I dig some of those songs madly. So RIP Chester only you will know what was going on in your head and I don’t think its fair to try and see everyone’s problems through your own lense of perfect mental health so just be nice, it is a tragedy no matter whether you liked them or not.  In The End, it does fucking matter.