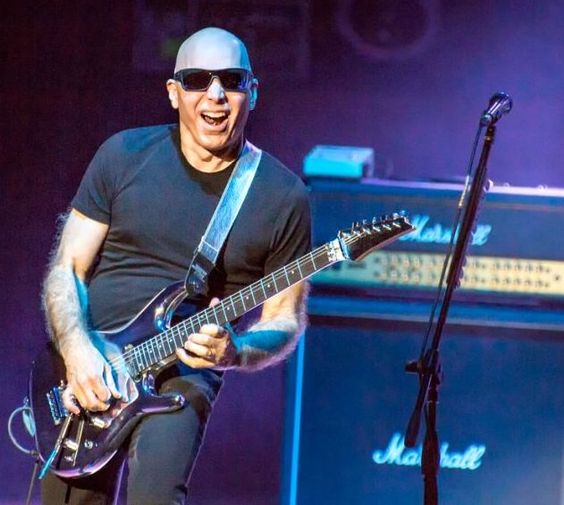 Episode 36 kicked off on Rebel Rock Radio at 19h00 on 15 Sept 2022.  We are into the last 15% of Quarter 3 and then that is 2022 in its P.  Amazing, time really does fly. We kicked off the show with ‘The Longest Day‘ by Iron Maiden.  At over seven minutes it was a nice way to give everyone a chance to settle in.  From there we went to Mötley Crüe for a bit of ‘Power To The Music’, and that’s what TSORR is all about.  That track features John Corabi on vocals, John has just released his biography so I will let yo know how that is once I finish it.  From there we had something from Lita Ford off her album titled Living Like a Runaway.  Then it was back to the classics with my favorite band Judas Priest and a track called ‘Desert Plains‘.  From Priest, we went to a band out of Arizona called Icon with a track called ‘World War‘.  Hopefully, that won’t happen.

We checked the title track off Surfing With The Alien, what a classic, the album cost $ 13 000 to make and sold a million copies.  I am sure Joe Satriani is still very happy about that.  And then an hour in everything went to shit.  We are getting load shedding in South Africa, three to four times every 24 hours and it is wreaking havoc with everything including Rebel Rock Radio and The Story of Rock and Roll Radio Show.  Forgive the rant I had, we are really struggling here.  Once comms were eventually restored,  I focused on good times music like Metal Church’s ‘Date With Poverty‘, Motor Sister with  ‘A Hole‘, Nine Inch Nails with ‘The Wretched’ and Megadeth’s ‘Dogs of Chernobyl’.  All pretty much aimed at the government that has stolen all the money and destroyed all the infrastructure.

There is so much good music out at the moment, the New Ozzy Osbourne was released last week and we took a listen to a track called ‘One of Those Days‘ which features Eric Clapton.  I reckon Eric has come out tops here, of all the megastar guitarists featured on the album he just gets it perfect.  With 50 minutes to go, it was time to forget about the ANC abortion and let the music take over. Steel Panther with ‘Gold Digging Whore‘ bought some levity to the show and seeing as we were down there Buckcherry with ‘Ridin’’ and Sound Garden with ‘Big Dumb Sex‘ kept the show completely NSFW.   We needed to check out some SA music and paid our respects to Dennis East who passed away this week.  Dennis and Mike Pilot gave us Stingray and the wonderful ‘Better The Devil You Know’.   From there we had  ‘Baby Murdered Me‘ from Springbok Nude Girls featuring one of Theo Crous’s best solos ever, and there have been a few,  in my opinion.     We ended off with Parkway Drive and the title track off their new album released last week called ‘Darker Still‘.  Check out the second solo, it sounds great.