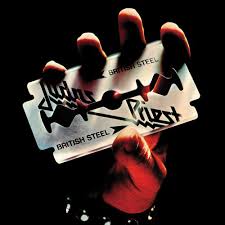 Judas Priest are probably the most influential band in Metal. People will argue it was Sabbath or it was Zeppelin and that is fine but in my world it is Judas Priest, the first true Metal band that admitted to being a metal band and embraced the term happily. I discovered Priest back in about 1978 and they changed my life forever. In today’s world I don’t know if there are bands that could even have the effect on kids that bands like Priest had on people my age. Today everything is available and just a click away, its hard to be inspired or excited by anything anymore. You could click through a few thousand bands in a day and it would all just seem like same old same old.

Back in 1978 Priest were something really special, they weren’t on the radio and they weren’t on television and there was no internet. You had to go out and find this band, the usual ‘point of entry’ would be someone who had a cassette of the band and then after hearing it you would go on a relentless search through the record shops to find the album. Priest opened the 80’s with the release of one of metals greatest albums, the iconic British Steel. Their record company CBS got behind it in a big way and it went platinum in the US setting them up for international stardom and giving them a springboard out of just touring the UK. 48 years later they are still touring and towards the end of 2017 we should see the release of their new album. I have nothing but respect for the Metal Gods, they have always kept their shit together and are an inspiration to all. Obviously their have been ups and downs along the way but when all is said and done if you want a good example of how to carve your own way through the music business with maximum integrity and success then Judas Priest are the best example going. All hail the mighty Priest \m/