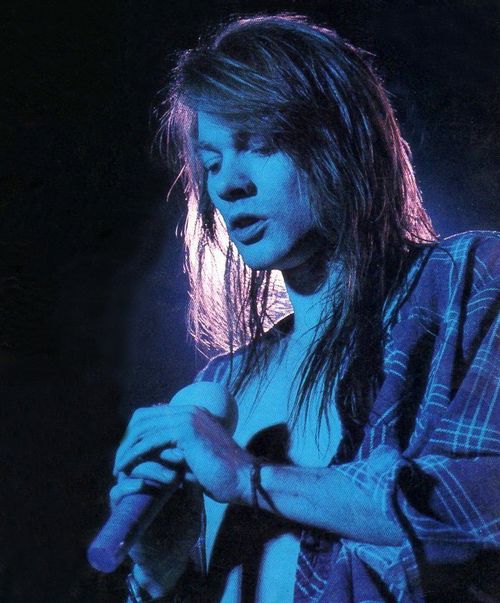 Guns ‘n’ Roses were a revelation when they burst onto the scene. As with Metallica is was just so patently obvious that this band were going to be massive if they could keep it all together. They couldn’t keep it together but they left us enough high octane rock ‘n’ roll to make them legends for life. Like all mega bands they ascended to the pinnacle of rock extremely quickly and then burst like a fucking super nova never to reach those highs again. G’n’R had it all the look, the attitude and most importantly the songs. Axl and Slash fast became the new Mick & Keith, Robert & Jimmy, Dave & Eddie, Ozzy & Randy i.e. those super Vocalist Guitarist combo’s that are so critical to all the best bands. One thing that is always critically overlooked with all the love these two got was just how fucking cool Izzy Stradlin was. Check him out on all the video’s, he’s always low key in the back ground but exuding presence and charisma. Guns ‘n’ Roses did enough with the 4 studio albums they released in the short time between 1987 and 1991 to remain one of the most important rock and roll bands ever formed. It’s another one of those bands that I’d use to teach aliens about good music.