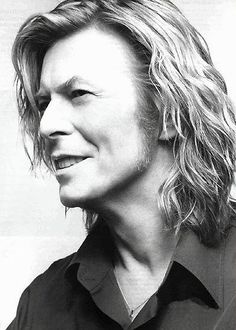 David Bowie is someone I miss all the time, the man was special. You can put on one of his songs and then end up listening to him all day. From the first time I heard The Man Who Sold The World right up until his final album Black Star he always bought something brilliant to the party. I don’t think there is another artist who has managed to cross over so many genres and styles as Bowie did. From Hard Rock, Jazz, Electronica, Pop, you name it he did it. Whether he was wearing a suit or a dress, a leather jacket or a cat suit, long hair or short hair he was as influential on fashion as he was on music.

I put two videos on this link, ‘Heroes’ and ‘Ashes To Ashes’. In ‘Heroes’ his natural way with the crowd really stands out, the way he talks and communicates with the audience is amazing, no ”Get your hands in the air motherfuckers” type crap for Bowie, it’s just respect for the band and for the audience and a great night out. If there was one word that summed Bowie up it was probably ‘Style’, watch the video’s it just oozes out of him. The other thing that stands out in these video’s is how much he enjoys playing live. You can see that he just has a natural love of performing, it’s in his DNA. Over the years I have read a lot of books and interviews with Bowie and people who spoke about him.  The consistent thing that always comes out every time was how professional he was, how generous he was and how decent he was. I listened to an interview with gene Simmons when he says Bowie came to greet Kiss personally and introduce himself way before Kiss ever became a global phenomenon. He died way too soon in my opinion and it is a shame that a guy with so much class has now left us. Thankfully he left us with the greatest gift, his music which is timeless.