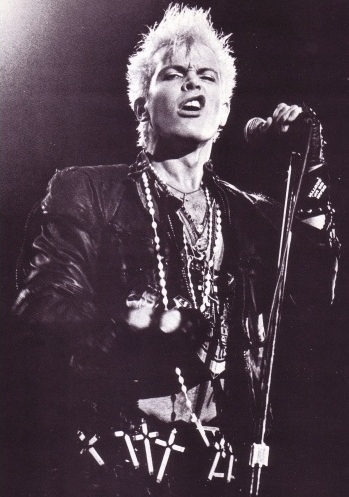 Billy Idol is almost the poster boy for the 80’s. He really hit the ground running after Generation X, once he got to the States he got discovered very quickly, basically an overnight sensation. The thing with Billy is that he is actually a very talented guy with a great voice and a great look. He managed to keep his rock credentials intact but also tap into the whole New Wave thing that was happening at the time, he tapped into all the genres and everyone loved him, rockers, punks, new wavers and most importantly girls. He couldn’t put a foot wrong for a couple of years and then as always seems to happen he burnt out and his audiences moved on. The secret to his success in my view is guitarist Steve Stevens. The two of them had that whole Jagger Richards, Tyler Perry, Bowie Ronson, Dave Eddie, Axl Slash, Ozzy Randy thing going where you have an uber cool singer with a shit hot guitarist and the song writing is fantastic. Check out the solo at [2:34], Steve is on fire. If you really want to get an idea of how good he is check out the VH Storytellers video it is probably one of the best in the series. In case you think that Billy fell off the face of the earth it’s not the case at all he has put out two of his best albums fairly recently, Devil’s Playground in 2010 and Kings and Queens of the Underground in 2014. I have included ‘Plastic Jesus’, written by Ed Rush and George Cromarty in about 1962, Billy took it and made it one of my favourite driving songs ever, check it out on Devil’s Playground.