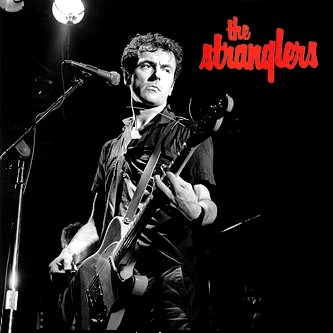 The Stranglers were one of my favourite bands ever. Once I heard the debut album Rattus Norvegicus I was really hooked. They were lumped in as Punk by virtue of the fact that they were around in 1977 and their attitude was ‘very punk’ but The Stranglers were far too good as musicians to be limited by that tag. Their later albums showed a remarkable depth and this track is typical of their ability to write songs that were hard to categorise but immensely interesting and listenable. Hugh Cornwall says that he wrote it after coming home in the early hours and being unable to sleep due to the residual acid in his head so he ended up having a long conversation with a 70 year old named George who lived above off-licence in Guilford where the Stranglers were staying at the time. According to Hugh Cornwall, the bands guitarist and vocalist, George had been a millionaire 3 times over and then lost it each time through gambling . I have always thought this was one of the best songs the Stranglers ever wrote and it is the kind of song that sometimes if you can’t sleep or you are a bit pissed you can put it on and think deeply. The Stranglers are a band that you can take to your grave, there is always something hidden deep within. In my view there has never been another band like The Stranglers they are uniquely malevolent in a strange and beautiful way.