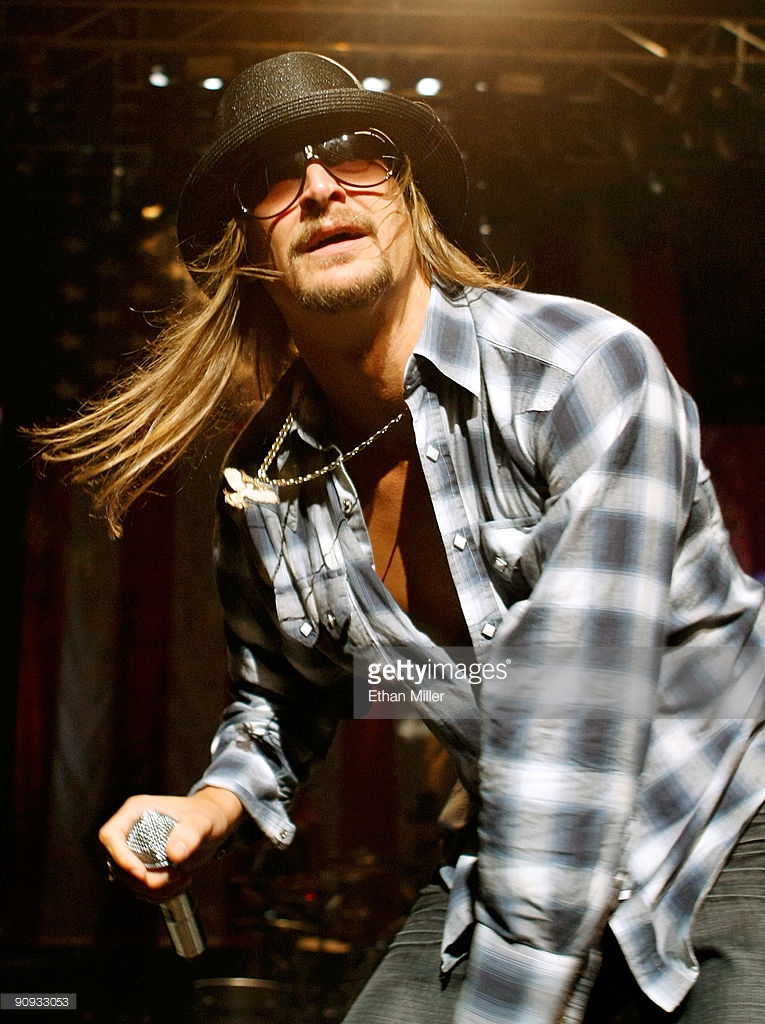 Haters are gonna hate but that is usually because they just don’t get it. Kid Rock is wonderful. He is a proper rock star, larger than life and multi talented. Kid Rock can writes songs, play numerous instruments, has a golden voice and he can rap better than most of the rappers that make a living from rapping. Now I know guys are gonna say ”Ah he does all that fucking rap shit”, that is true but he doesn’t do it anymore and if you dig John Cougar, Tom Petty, Lynyrd Skynyrd and miscellaneous heartland USA rock and roll you are doing yourself a major disservice by not listening to Kid Rock. Apart from great songs he’s always doing great stuff which has a positive impact on people’s lives. For instance he goes to Afghanistan to play for the troops and he just takes an acoustic guitar, once he’s finished he has fans for life, the moment those good ol’ boys get out to those Humvee’s to hit a patrol you gotta know they are listening to Kid Rock’s ‘Let’s Ride’. There is a video clip of a young dude who is suffering from some awful mental problem but he is Kid Rock befok. Kid gets to hear about it and they do one of those Reach For a Dream type jols where the poor retarded guy is sitting in the restaurant with family and the next thing Kid Rock pulls in and comes and joins them at the table. The look on that guys face when he realises who it just sat next to him is just too brilliant for words, it made his life no doubt about that. The trick is to put his stuff on loud and go for a drive, all your shit just dissipates into the wind. So yeah if you don’t like him that is OK but believe me Kid Rock is special.