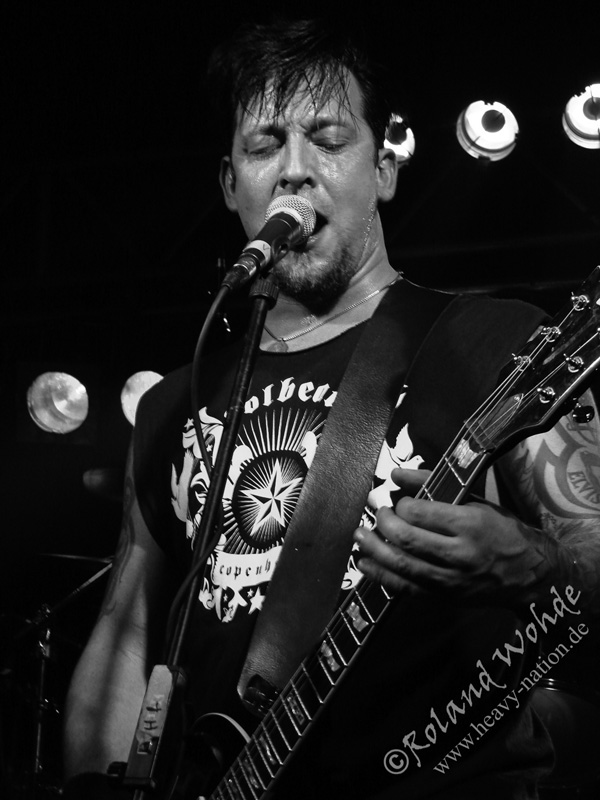 What could Elvis, Johnny Cash and old school Metallica have in common ? The answer would be Volbeat. Volbeat has become one of my favourite bands ever. I first heard them in about 2009 and then I had the good fortune actually see them in Germany in 2010. Sometimes you just find a rock star who is going to be successful no matter what, you just know it. Michael Poulsen is one of those guys. Poulsen is Danish so he’s in good company with Lars Ulrich and King Diamond. He started off in a Death Metal band called Dominus but grew tired of the music and the whole scene. What he really wanted to do is play in a band that the heaviness and energy of Metallica but the heart and soul of Elvis and Johnny Cash. The result is an amazing hybrid of Rock / Metal/ Country that all comes together in a perfect way. The best thing Volbeat have done in the last few years is add ex Anthrax guitarist Rob Caggiano to the line up. Rob’s lead guitar has elevated the band even higher, it’s the same thing as when Van Coke Kartel put in Jedd Kossew, it brings all the colour to the song and frees the singer to focus on the vocals and the rhythm. There is another little trick that Volbeat do that is often unrecognised but highly appreciated: keeping a theme to all the album artwork. Bands like Iron Maiden, Megadeth, Priest, Motorhead and Budgie did it to varying degrees to great effect. Volbeat take it a step further with the album titles as well as the artwork and keep the theme running throughout all their albums. After about 10 years you end up with a magnificent set which appeals to those of us who like to collect things. Anyway I am not going to write a whole long fucking diatribe about this. Listen to Volbeat they are an incredible band. And if you can see them live then you are really in for a show.