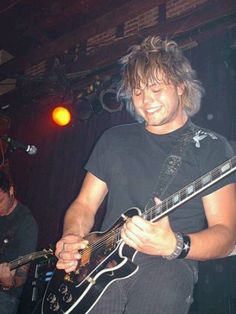 I heard Hinder a few years ago and I have to confess to liking them a lot more than I thought I would. They probably have a lot of haters because nowadays people just seem to ”like to hate”. Hinder sum up a lot of what the stereo-typical rock band is known for i.e. parties and girls and smashing hotel rooms and I won’t hold that against them :-). In today’s world those things are not really very politically correct so a lot of bands just look all miserable and serious and almost seem to feel guilty about having a good time. Since the beginning Rock and Roll it has always been about tearing it up so we shouldn’t really be sanitising it to the point where it is no longer what it was originally intended to be should we? And fuck political correctness anyway.

The thing i like about Hinder is that the songs are good, they have all the aggressive hard rock credentials but they can still pull out the ballads that get them onto Top 40 radio. The real secret weapon as far as I am concerned is guitarist Joe Garvey. The guy really wails when he needs to. See what you think, I am just amazed that they aren’t more popular so I felt the need to bring it to your attention. There are 3 good albums, but they are very good: Extreme Behaviour, Take It To The Limit and All American Nightmare. After that in my opinion they were done.